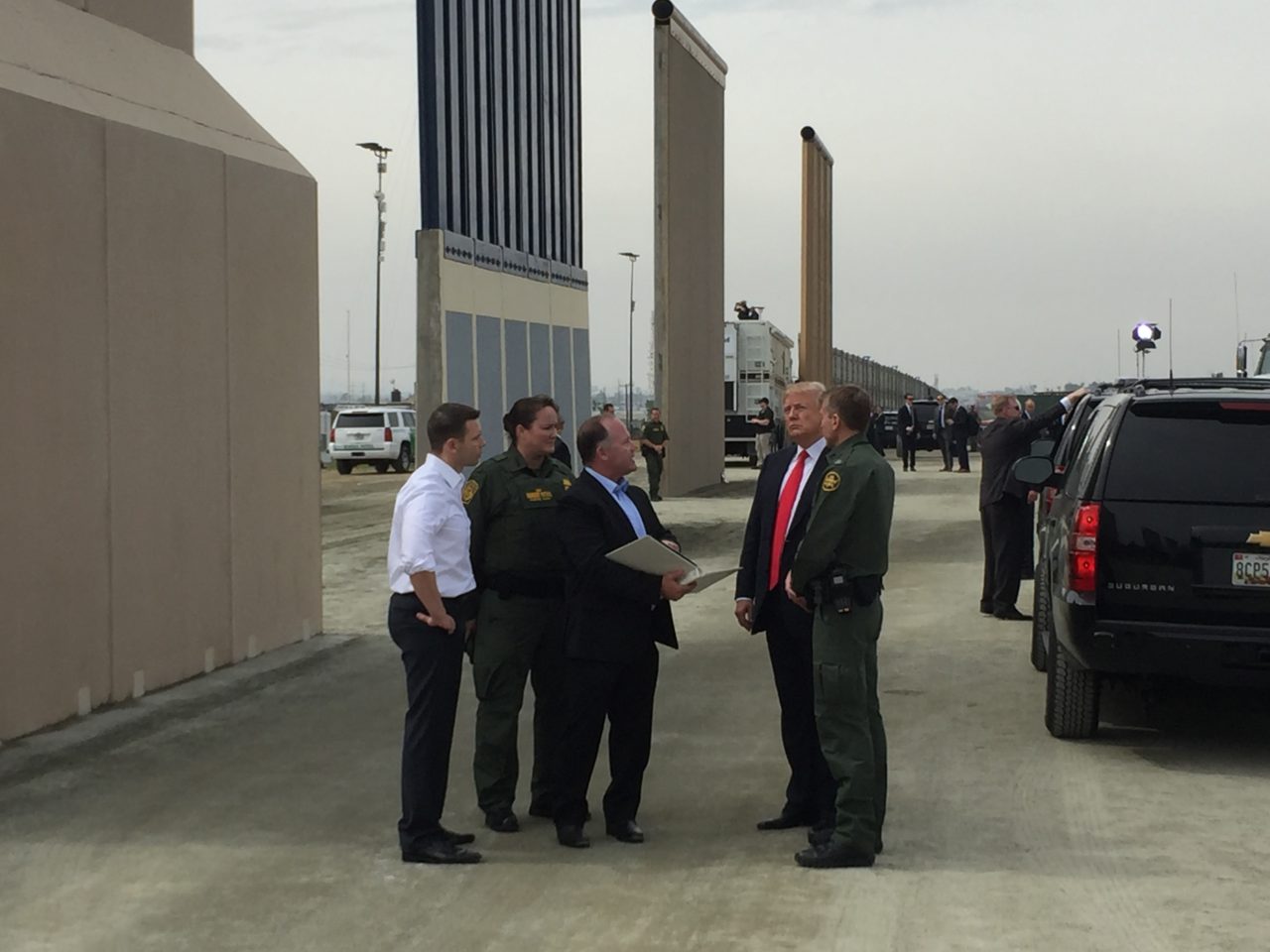 Initial tests of President Donald Trump’s border wall prototypes show the structures fail to meet the “non penetrable” criteria, according to a government report. Study crews were able to breach a wall and in at least one case, make a prototype unstable.

While the report contained heavy redactions to protect testing methodologies, it revealed that in at least one case, the testing resulted in making one of the mock-ups unstable to the point that officials feared a collapse, Guerrero reported.

Testers utilized mock-ups of the actual prototype barriers. After the failure of the first mock-up, the undisclosed technique used in the test was delayed on the other mock-ups until the final step of the testing process.

“It wasn’t intended on their part, but when they ran this test, they must have realized it was causing some kind of major damage to the mock-ups,” Robert K. Dowell, associate professor of structural engineering at San Diego State University’s Department of Civil, Construction and Environmental Engineering told KPBS during an interview about the mock-up’s failure. “And they put it at the end because of that. They thought it was going to collapse.”

CBP spokesman Ralph DeSio told Guerrero that the prototypes “were not and cannot be designed to be indestructible.” Instead, he explained, they are designed to “impede or deny efforts to scale, breach, or dig under such a barrier, giving agents time to respond.”

The report does not address how the barriers would perform against tunneling. Anti-tunneling technology is one of the requirements of the project, the article stated. The report also revealed the prototypes failed to show that they could be “easily modified” to respond to changing landscapes and terrains.

Perhaps most notably, Guerrero’s research could not discern the effectiveness of the prototypes against scaling.

“The prototypes were tested for how well they resisted climbing.” the KPBS reporter wrote. “That section of the report was too redacted to draw conclusions.”

The article addresses several key questions about the testing and effectiveness of the prototypes:

A report from the Government Accountability Office (GAO) released during the summer cautioned the wall project could be costlier than expected because CBP estimates failed to account for “costs associated with deploying the barrier in each location or segment,” Guerrero stated. The report states those costs could vary because of the topography, land ownership, and other factors unaccounted for.

Guerrero reported the mock-ups utilized for breaching tests consisted only of the lower 10-feet of each prototype. Scaling tests were performed on the actual 30-foot prototypes.

Professor Dowell told the reporter that it was strange the testing would be done on the shorter mock-ups. He explained that the taller the wall, the more likely it is to fail.

“The results at the base, what we call the bending moment and overturning moment at the bottom or footing, would be different… unless they accounted for that by applying different loads,” he explained.

Testing of the prototypes and mock-ups were carried out beyond the view of outsiders to prevent human smugglers from obtaining intelligence information about how to best counter the barriers. CBP reports indicate the older fencing technology is, the more likely breaches are to occur, Guerrero reported. During the past five years, existing fencing was breached by smugglers more than 9,000 times. The cost of repairs to existing barriers exceeded $1 billion over the past two decades — at least some of that cost derived from breaches.