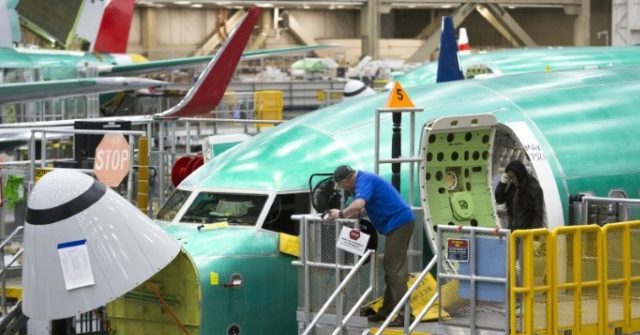 According to a Reuters report, Boeing planned to wait until 2020 to fix a warning light issue in their 737 Max fleet that coupled with the flight control system, led to two fatal crashes that killed 346 people.

The faulty sensor is responsible for letting pilots know when they are flying at a dangerous “angle of attack,” which measures the angle between the airflow and the wing disagree.

Breitbart News reported in May that the crucial sensor was offered as an optional add-on feature for the 737 Max. In a statement made earlier this year, Boeing confirmed that the sensor was not a standard feature on the 737 Max fleet.

Boeing spokesman Gordon Johndroe claims that the company did not believe that the absence of the sensor would be dangerous.

“Based on the safety review, the update was scheduled for the MAX 10 entry into service in 2020,” Johndroe said in a short comment. “We fell short in the implementation of the AoA Disagree alert and are taking steps to address these issues so they do not occur again.”