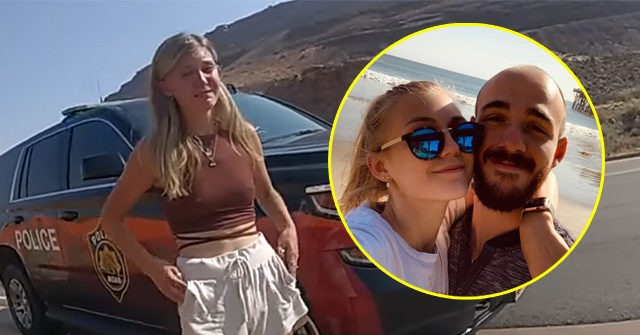 The Teton County Coroner said officials responded to a report of a body located at Wyoming’s Grand Teton National Park, the general area where law enforcement officers have been looking for missing person Gabby Petito, according to ABC 7.

In a social media post Sunday, Fox News said there was no confirmation of the identity:

The development came as officers in North Port, Florida, continued searching a vast wildlife reserve Sunday for Brian Laundrie, a person of interest regarding the disappearance of his girlfriend, Gabby Petito.

Across the country, the Federal Bureau of Investigation (FBI) looked for clues connected to the missing young woman in the national park in Wyoming.

“The FBI in Denver said Saturday that agents were conducting ground surveys at Grand Teton National Park in Wyoming, with help from the National Park Service and local law enforcement agencies, seeking clues to Petito’s disappearance,” the article read.

Petito’s last known contact with her family was reportedly from the national park famous for its mountainous terrain.

Meanwhile, the search of the reserve in Florida resumed Sunday as officials tried to find Laundrie.

Authorities looked through the area known as the Carlton Reserve, which encompasses over 24,000 acres and is located north of the home where Laundrie and Petito lived with his parents.

The couple had been traveling across the country since June and documenting the trip online. However, Laundrie reportedly returned home to North Port, Florida, on September 1 without his girlfriend, police said.

The North Port Police Department shared photos Saturday afternoon of authorities at the reserve and asked citizens to notify officials if they see Laundrie:

Additional photos from the search for Brian Laundrie around the Carlton Reserve area. If you have seen him please use 1-800-CALL-FBI or submit online at https://t.co/vlIagGqNPE. pic.twitter.com/X5QZmMJhTq

In a subsequent post on Saturday, the department said the search was being called due to darkness and noted nothing was found but efforts would resume the following day:

Our search of the Carlton is being called this evening due to darkness. Nothing found. Efforts will begin again Sunday morning. pic.twitter.com/l7L8B9hHrM

In a post Sunday morning, the department said the search for Laundrie continued:

The search for Brian Laundrie continues Sunday morning in the Carlton Reserve. A team of more than 50 looking for anything of note after his parents say this is where he went. We continue to corroborate all info in the search for him and Gabby. 1-800-CALL-FBI. pic.twitter.com/20nt70mezz

“A team of more than 50 looking for anything of note after his parents say this is where he went. We continue to corroborate all info in the search for him and Gabby,” the post read.