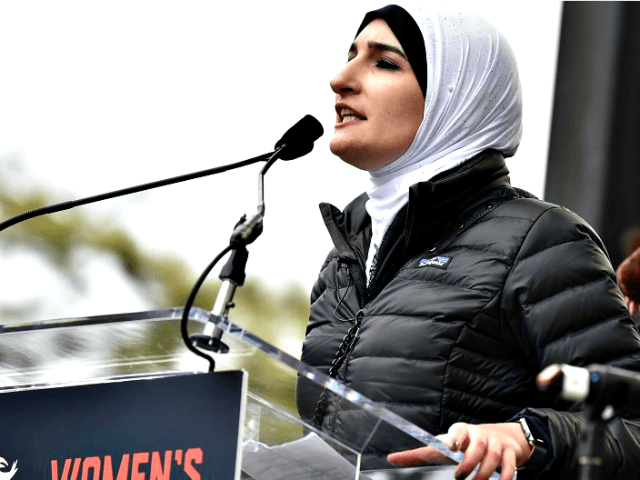 An investigative report by the online Jewish magazine Tablet reveals that the Women’s March, a major anti-Trump organization, is “melting down” over accusations of antisemitism, mismanagement, and financial irregularities.

In recent months, the Women’s March has been criticized for the close ties that some of its leaders have with Nation of Islam leader Louis Farrakhan, and the anti-Israel views of one of its most prominent public faces, Linda Sarsour. (Farrakhan, who has a long history of anti-Jewish rhetoric, recently called Jews “termites.”) Even some celebrities who have supported the Women’s March have begun to criticize it over its weak condemnations of antisemitism.

However, Tablet reports that the problems go far deeper than was previously known, at least in public. The group’s leaders are widely rumored to have used explicitly anti-Jewish rhetoric in internal meetings from the very start (original links):

According to several sources, it was there—in the first hours of the first meeting for what would become the Women’s March—that something happened that was so shameful to many of those who witnessed it, they chose to bury it like a family secret. Almost two years would pass before anyone present would speak about it.

It was there that, as the women were opening up about their backgrounds and personal investments in creating a resistance movement to Trump, Perez and Mallory allegedly first asserted that Jewish people bore a special collective responsibility as exploiters of black and brown people—and even, according to a close secondhand source, claimed that Jews were proven to have been leaders of the American slave trade. These are canards popularized by The Secret Relationship Between Blacks and Jews, a book published by Louis Farrakhan’s Nation of Islam—“the bible of the new anti-Semitism,” according to Henry Louis Gates Jr., who noted in 1992: “Among significant sectors of the black community, this brief has become a credo of a new philosophy of black self-affirmation.”

To this day, Mallory and Bland deny any such statements were ever uttered …

None of the other women in attendance would speak openly to Tablet about the meeting, but multiple sources with knowledge of what happened confirmed the story.

Jews were also excluded from the group’s “Unity Principles.” Later, according to co-founder Evvie Harmon, who was later ousted from the group, some Women’s March leaders confronted another simply for being Jewish:

I suddenly realized that Tamika and Carmen were facing Vanessa, who was sitting on a couch, and berating her—but it wasn’t about her being white. It was about her being Jewish. ‘Your people this, your people that.’ I was raised in the South and the language that was used is language that I’m very used to hearing in rural South Carolina. Just instead of against black people, against Jewish people. They even said to her ‘your people hold all the wealth.’ You could hear a pin drop. It was awful.”

The Women’s March also faces “managerial and fiscal questions,” Tablet notes: “What’s clear is that there are multiple entities with money flowing in different directions for the Women’s March and little transparency.”