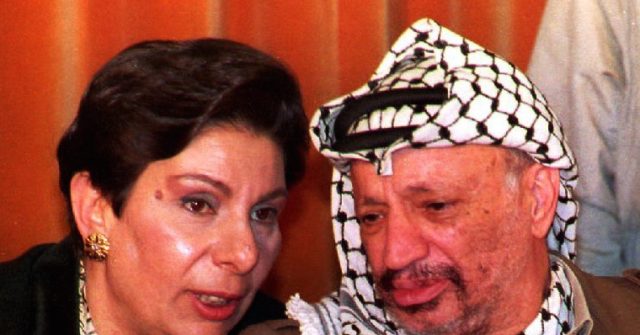 Palestinian politician Hanan Ashrawi met with Matt Duss, foreign policy advisor to Senator Bernie Sanders, according to a statement released by the Department of Public Diplomacy and Policy of the Palestine Liberation Organization on Monday.

According to the statement, “the two parties discussed the Trump administration’s hostile approach in the region and its destructive policies that undermine the prospects of peace and the Palestinian people’s inalienable rights to freedom.”

Ashrawi, once a frequent guest on American television is known for her acerbic anti-Israel rhetoric. As Breitbart News recently noted (original links):

She has called Israel the “most racist, violent government in world history.”

Ashrawi lambasted the Israeli electorate after the April 9 national elections, saying that it … “chose to entrench and expand apartheid.”

Duss is from a family of anti-Israel activists, and was Middle East director of the left-wing Center for American Progress (CAP) during a 2012 controversy that saw several other staffers depart the organization over their use of antisemitic rhetoric. Duss himself has compared Israel to the segregated South and backs a boycott of the Jewish state.

At the time, CAP’s vice president, Faiz Shakir, admitted that the language used by the CAP staffers was antisemitic. Shakir is now Sanders’s campaign manager.

The meeting between Duss and Ashrawi is the latest sign that the Sanders campaign has taken an explicitly anti-Israel turn. Earlier this month, he suggested that he would move the U.S. embassy back to Tel Aviv from Jerusalem if elected president. Last month, he told a CNN town hall that Israeli Prime Minister Benjamin Netanyahu’s government was “racist.”

Ashrawi was denied a visa to the U.S. earlier this month without explanation.