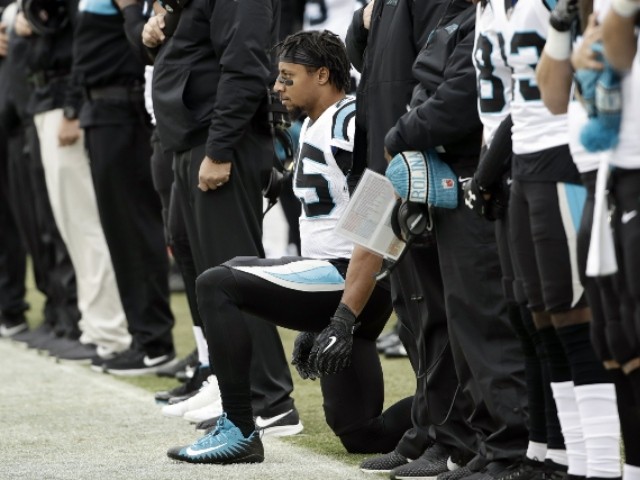 Carolina Panthers safety Eric Reid has claimed that he’s been drug tested far too frequently for the tests to be “random,” and, hinted that he believes the frequent testing is punishment over his anthem protests.

However, in a recently released joint statement, both the NFL and the players union have said that they are satisfied that there was no impropriety in the number of tests Reid has been given, Pro Football Talk reported.

Reid had complained all year about the drug testing. Some reports claimed that Reid had been assigned at least seven drug tests this season, by the purportedly “random” testing system the league uses to check drug compliance.

The NFL’s drug test system is supposed to be set up of random testing of players chosen by a computer program to ensure it is truly random.

The 2013 Pro-Bowl player never said it outright, but he heavily implied that the repeated drug tests were unfair. The former San Francisco 49er hinted that he thinks the tests were retaliation because he started his anthem protests in 2016 alongside protest inventor Colin Kaepernick

“This is supposed to be a random system,” Reid said in November. “It doesn’t feel very random.”

However, according to some sources, the report also maintains that Reid’s claim he was tested seven times is untrue.

More on the independent administrator’s report on Eric Reid’s drug tests claims: Source said it was determined that Reid was drug tested fewer times than he publicly claimed.