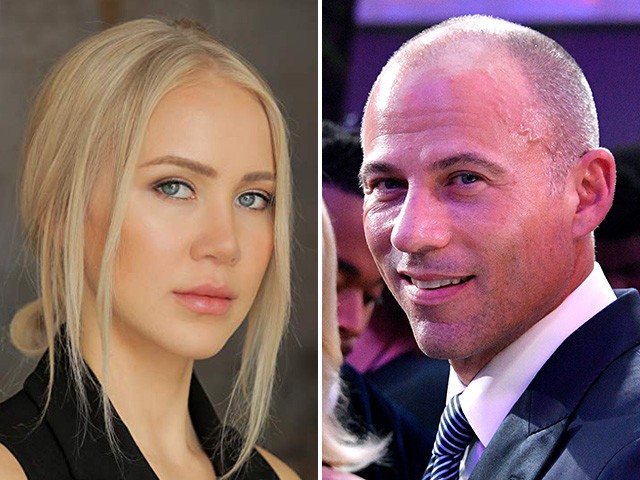 Mareli Miniutti, the actress who filed a restraining order on Monday against television lawyer Michael Avenatti, alleges the 2020 Democrat hopeful dragged her through an apartment and referred to her as an “ungrateful fucking bitch,” according to a report.

The Blast reports Miniutti — a 20-year-old Estonian native who has made small appearances in Jessica Jones, Gotham, and Ocean’s Eight — has been living with Avenatti since January, according to the declaration she made to apply for the restraining order. On November 13, her statement says, Avenatti became violent during an argument, ultimately dragging her across the floor and calling her an “ungrateful fucking bitch.”

Miniutti says Avenatti commanded her not to “disrespect” him and ordered her not to sleep in his apartment that night. Further, Miniutti alleges Avenatti grabbed her wrist and tried to drag her out of the bed. She also alleges that he “forcefully” hit her in the face with pillows.

Miniutti claims she tried texting a friend for help, but claims Avenatti grabbed the cell phone. The actress says he remained very close to her and she was afraid for her safety.
Avenatti then allegedly grabbed her by the arm and dragged her out of bed, on the floor and through the apartment and out the front door into the hallway. Miniutti claims she was injured while being dragged, and provided pictures of her alleged injuries in her court filing.

The actress says she was in her underwear and also suffered scratches to her back. After being dragged into the hallway, Miniutti says she began ringing a neighbor’s doorbell until Avenatti allegedly ran out and pulled her back into his apartment.

She says she then put on pants, and ran out of the apartment to a nearby elevator, and was followed by Avenatti. She says the attorney begged her, “Don’t do this Mareli, don’t involve them.”

Miniutti says she told security about the alleged attack, and had a friend pick her up for the night. At her friend’s house, the actress says she noticed red marks on her body, and called police to report the incident.

She claims she showed back up to Avenatti’s apartment the following morning and was let in by security. Avenatti also showed up, and Miniutti explains she was told he had been arrested and then provided her statement to detectives.

The young actress alleges the violent incident is the second time the lawyer has been physical with her. In February, Miniutti says Avenatti became furious with her after drinking and shoved her so hard that she hit her head. Avenatti allegedly then whipped her shoes at her leg. Mimiutti claims, according to The Blast, that the resistance folk hero has a “history of being verbally abusive and financially controlling” and is “vehemently opposed my desire to earn a living outside of Hollywood.” Avenatti reportedly promised the actress that he will “take care” of her.

In an apparent response to the report regarding the restraining order, Avenatti reiterated his innocence and said he is eager to clear his name. “I have NEVER abused a woman or committed domestic violence against anyone. Any claim to the contrary is completely bogus and fabricated,” tweeted Avenatti. “I am a target. And I will be exonerated.”

I look forward to a full clearing of my name and disclosure of all of the facts. I have NEVER abused a woman or committed domestic violence against anyone. Any claim to the contrary is completely bogus and fabricated. I am a target. And I will be exonerated.

“I have never struck a woman, I never will strike a woman,” the lawyer told the press after being booked and released on $50,000 bail last Wednesday.