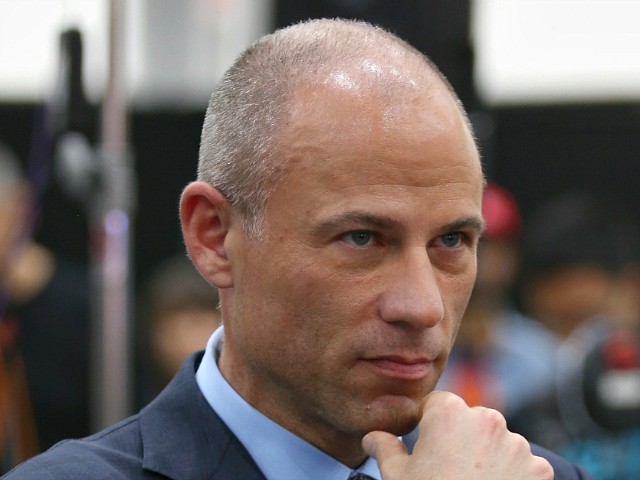 The Blast writes Miniutti, whose IMDb page credits her as having an “uncredited” role in Ocean’s Eight in 2018, filed the restraining order against Michael Avenatti in Los Angeles on Monday.

In an apparent response to the report, Avenatti reaffirmed his innocence and said he looks forward to “clearing his name.”

“I have NEVER abused a woman or committed domestic violence against anyone. Any claim to the contrary is completely bogus and fabricated,” he tweeted. “I am a target. And I will be exonerated.”

I look forward to a full clearing of my name and disclosure of all of the facts. I have NEVER abused a woman or committed domestic violence against anyone. Any claim to the contrary is completely bogus and fabricated. I am a target. And I will be exonerated.

“I have never struck a woman, I never will strike a woman,” Avenatti told reporters last Wednesday after being booked and posting $50,000 bail.

Avenatti said he has been an advocate for women’s rights his entire career and is confident that he will be exonerated.

Police did not immediately disclose details about the arrest incident, but Officer Tony Im, an LAPD spokesman, confirmed the victim has visible injuries.

The Vermont Democratic Party canceled events planned for Friday and Saturday where Avenatti was scheduled to speak, and they refunded ticket sales.

The restraining order is one of a long list of legal entanglements facing Avenatti, which includes a possible criminal investigation by the Justice Department. Senate Judiciary Committee Chairman Chuck Grassley (R-IA) asked for a criminal investigation into whether Julie Swetnick and Avenatti conspired to provide false statements to Congress and obstructed a congressional investigation during the confirmation process for Supreme Court Justice Brett Kavanaugh.

Grassley wrote in a letter to the Justice Department that Swetnick and Avenatti made serious allegations that required significant resources to investigate. However, Grassley says information from media interviews and elsewhere indicates their statements “likely contained materially false claims.”

“I don’t take lightly making a referral of this nature, but ignoring this behavior will just invite more of it in the future,” Grassley said in a statement.

Avenatti released a sworn statement in which Swetnick said she witnessed Kavanaugh “consistently engage in excessive drinking and inappropriate contact of a sexual nature with women in the early 1980s.” Kavanaugh denied the allegations and an FBI background check cleared him of any wrongdoing.

Additionally, Avenatti was ordered last month to pay $4.85 million to an attorney who worked at his former law firm, a California judge ruled. The Los Angeles judge ordered the payout the same day a separate ruling came down evicting Eagan Avenatti LLC from its office space in Southern California after four months of unpaid rent.

In the case over back pay, Los Angeles Superior Court Judge Dennis Landin ruled that Avenatti personally guaranteed a settlement with attorney Jason Frank, who said Eagan Avenatti misstated its profits and that he was owed millions of dollars.

Last Friday, the judge upheld his order to evict Avenatti’s law firm from a Newport Beach office for failing to pay $213,000 in past-due rent.