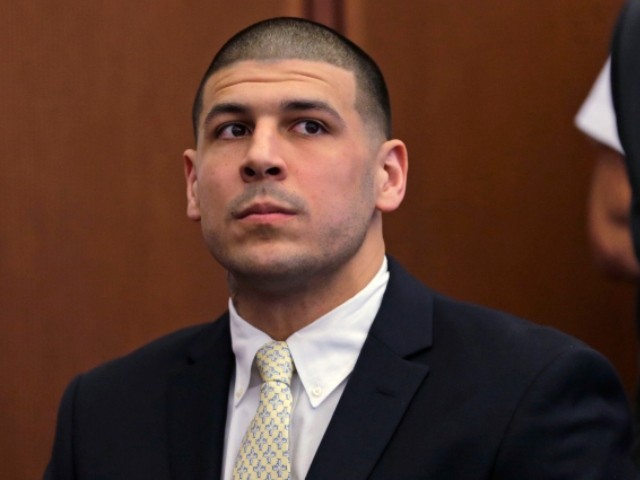 According to a report in the Boston Globe, former Bristol Central High School quarterback Dennis SanSoucie claims that he and the New England Patriots tight end engaged in a sexual relationship for years in and around their high school years.

“Me and him were very much into trying to hide what we were doing. We didn’t want people to know,” SanSoucie told the Globe.

The paper also claims that Hernandez withstood abuse from his father who tried to beat a “feminine way” out of his son.

“‘Faggot’ was used all the time in our house,” Hernandez’ brother Jonathan told the Globe. “All the time. Standing. Talking. Acting. Looking. It was the furthest thing my father wanted you to even look like in our household. This was not acceptable to him.”

“I remember [Aaron] wanted to be a cheerleader,” Jonathan said. “My cousins were cheerleaders and amazing. And I remember coming home and like my dad put an end to that really quick. And it was not OK. My dad made it clear that … he had his definition of a man.”

Jonathan Hernandez also said that their father beat them regularly when they did not live up to his standards.

The player’s brother also noted that Aaron told him that he was sexually molested when he was a kid, but Jonathan did not go into details in the interview.

The one-time NFL player was convicted of murder in 2015 and was about to undergo a second trial for murder when he committed suicide in a Massachusetts prison in April of 2017.