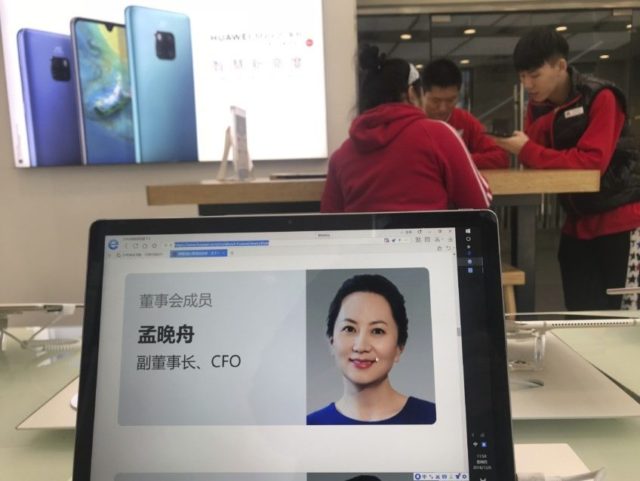 The Meng Wanzhou affair already had the makings of a spy-thriller. Now it has one more: a mysterious break-in by a team of alleged burglars who vanished without a trace.

Early on Sunday morning, Vancouver police received a call reporting a home invasion, according to the Vancouver Sun. But by the time the authorities arrived, the suspects were gone.

“The suspects fled the area after being challenged by someone in the house,” said Vancouver Police spokesman Const. Jason Doucette in an email to the Vancouver Sun.  “No one was injured and no arrests have been made.”

Meng is the chief financial officer of Huawei, the Chinese telecom giant founded by her father. Employs at the company referred to her as “The Princess,” according to reports.

She was arrested on December 1 right around the time that President Donald Trump was dining with Chinese leader Xi Jinping. Her arrest was only made public several days later when it was reported that the Canadian authorities had detained her at the request of the U.S. government. At a bail hearing on Friday, it was revealed that the U.S. wants to charge her with fraud for allegedly misleading banks into violating U.S. sanctions against Iran.

Meng’s arrest has created a stumbling block for trade negotiations between the two nations. While officials from both the U.S. and China have officially said the two matters are not related, the editor of China’s state-run Global Times has said her arrest was a ‘declaration of war’ and an act of terrorism. China on Saturday threatened Canada with ‘severe consequences’ if Meng is not released.

Meng remains in Canadian custody while a court determines if she can be allowed out on bail.