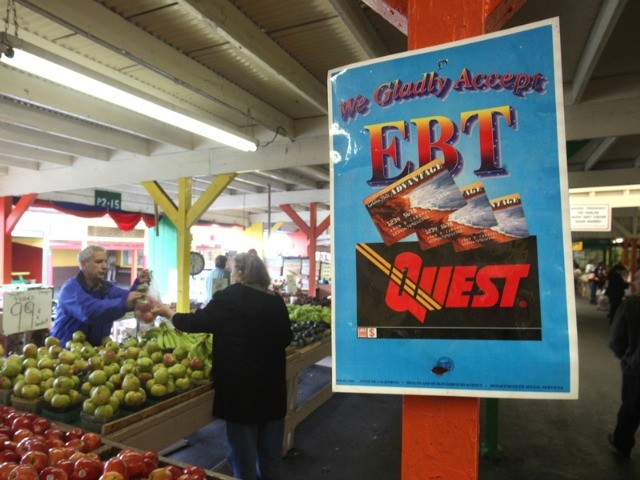 The report from GAI, where Breitbart News Senior-Editor-at-Large Peter Schweizer serves as president, went through a January 2017 audit from the U.S. Department of Agriculture’s (USDA) Office of the Inspector General (OIG).

The audit examined SNAP retailers for 21 months between October 2013 to June 2015–the period during the Obama administration right after food stamp enrollment reached its highest recorded level since the welfare program’s inception.

The offending retailers also redeemed a collective $2.6 billion in food stamp benefits, or three times the yearly fraud amount Obama USDA officials reported during the same period of time, according to the audit.

The audit also found that an additional 193 SNAP retailers reported SNAP transactions using birthdates of people under the age of 18, which amounted to “$41 million in SNAP redemptions.”

Many of the retailers caught conducting this kind of food stamp fraud had been approved during the early years of the Obama administration.

According to the GAI report, during the first four years of the Obama administration, between 2008 and 2012, the Obama USDA approved 71,000 new SNAP retailers–a 41 percent increase–but failed to require the retailers who applied to accept SNAP benefits to undergo background checks.

During the three years in which SNAP enrollment reached its peak level between 2012 and 2014, 11.8 percent of SNAP retailers–or nearly 36,000 stores–approved by Obama USDA officials engaged in food stamp fraud annually.

But even though food stamp enrollment has reached record lows under the Trump administration, the number of SNAP retailers authorized by the federal government is at its highest level ever.

A fiscal year (FY) 2017 USDA summary obtained by GAI found that despite the historic decline in enrollment, more SNAP retailers authorized by the federal government are in operation than in the years SNAP enrollment was at its highest.