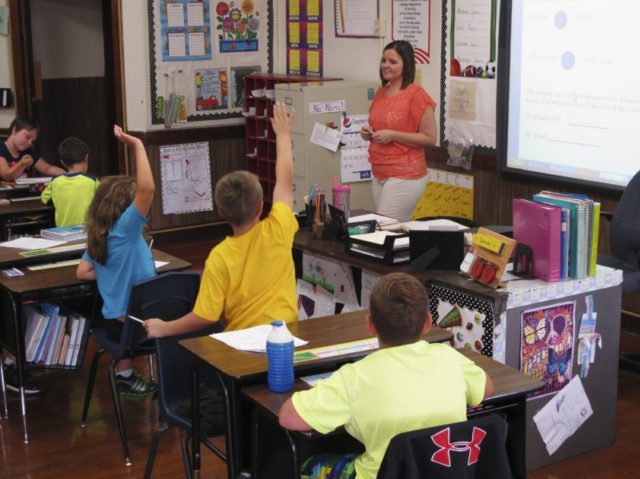 Kentucky Rep. Thomas Massie said the left is committed to a strong and well-funded federal education department because progressives know they win by gaining control of public schools and in teaching children.

“The left understands that this is where you win or lose – in the schools and in the teaching of the children,” Massie said during a recent interview with the New American.

“The Department of Education was established by Jimmy Carter as a re-election tactic, as a ploy, and it’s been part of Ronald Reagan’s platform and the Republican platform to eliminate the Department of Education,” he explained, adding that he introduced his bill to end the department by December 31, 2018, soon after the controversial confirmation of current education secretary Betsy DeVos.

The Kentucky representative described how many of his liberal constituents who were against DeVos’s confirmation wanted him to do something to stop her from taking the reins of the education department. Since he had no vote on the matter, he decided to introduce a bill that would end the department entirely and, thereby, render her without a job.

Massie said that, when he is faced with new legislation requiring a vote, he considers three “tests.”

“But even if it’s constitutional, can we afford it?” Massie said he asks himself next. “Because if we can’t afford it, if there’s no money to pay for it, I can’t vote for that either.”

Massie added that, when very lengthy bills are presented for a vote with little time given to read them, he may also vote against them because he cannot possibly vote responsibly since there is insufficient time to consider the legislation.

The congressman said – even with these criteria – he only votes “no” about 25 percent of the time. Yet, other GOP members of Congress have given him the nickname, “Mr. No.”