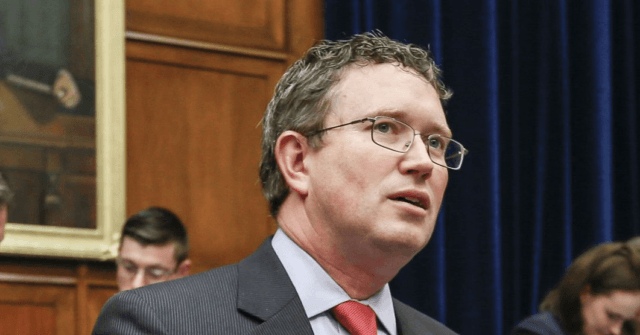 Rep. Thomas Massie (R-KY-4) introduced legislation Tuesday to repeal the federal Gun-Free School Zones Act (GFSZA) so teachers can carry guns for defense of themselves and their students.

The GFSZA was passed in 1990 and Massie introduced legislation in 2017 and 2018 in hopes of repealing it.

During the 2017 repeal attempt Massie said, “Gun-free school zones are ineffective. They make people less safe by inviting criminals into target-rich, no-risk environments. Gun-free zones prevent law-abiding citizens from protecting themselves, and create vulnerable populations that are targeted by criminals.”

And on February 16, 2018, Massie told Breitbart News, “Gun-free zones are invitations to deranged criminals. Why on earth would we have a federal law to advertise our schools as such? The 1990 law has done absolutely nothing to improve school safety, and should be repealed because it makes schools less safe.”

Attackers know they face no armed resistance in a gun-free zone.

Andrew Pollack, father of Parkland shooting victim Meadow Pollack, spoke to Breitbart News about Massie’s efforts against gun-free zones, saying, “When there’s a shooting, lives are lost during every second we have to wait for police to arrive. When seconds count, we need an instant response. This isn’t hard. Law-abiding citizens have the right to defense themselves against the evil that will always target exposed gun-free zones.”