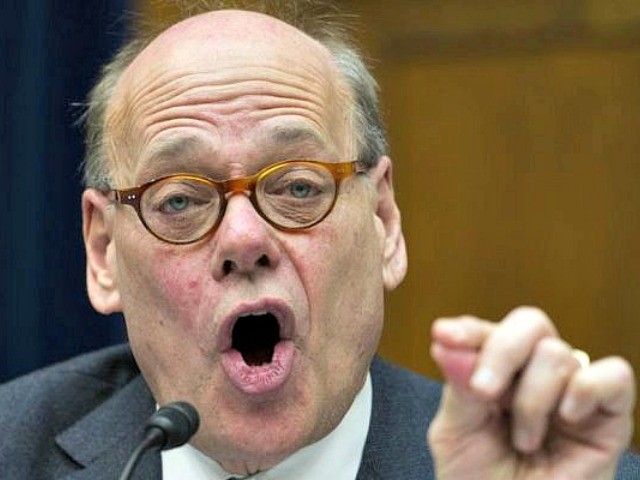 While questioning Google CEO Sundar Pichai during his hearing before the House Judiciary Committee, Rep. Steven Cohen complained about the number of Breitbart News articles that come up when he does a search on his own name.

STEVE COHEN: If you’re on MSNBC, wouldn’t that be in your news?

SUNDAR PICHAI: Is MSNBC a news provider? Is that your question?

STEVE COHEN: Yeah. So if you punch, like I put my name in here — Rep. Steve Cohen — I punch ‘news,’ this weekend, I was on MSNBC four times, and yet the first thing that comes up is the Daily Caller, not exactly a liberal and, I guess, well-known group; then Roll Call, then Breitbart News, then the Memphis Business Journal, then Breitbart News, then Breitbart. So it looks like you are overly using conservative news organizations on your news, and I’d like you to look into overuse of conservative news organizations to put on liberal people’s news on Google, and if you’d let me know about that, I’d appreciate it.

SUNDAR PICHAI: We do get consents across both sides of the aisle. I can assure you we do this in  a neutral way. and we do this based on he specific keyword. We are able to assess the most relevant information.

STEVE COHEN: I’m sure you try to, but it’s hard for me to fathom. [I was] on MSNBC for like eight minutes, each show, four times, and there’s more content on Breitbart News than on MSNBC. That may say something about, well I’m not going to say that. Scary. Thank you, sir.

Earlier in the hearing, Rep. Jerry Nadler (D-NY) said “anti-conservative bias” across Google and other technology platforms is a “right-wing conspiracy theory.” Various other Democrats similar dismissed left-wing and partisan Democrats biases across the world’s largest technology companies as non-existent while hyping allegations of Russian political interference in American politics and elections.