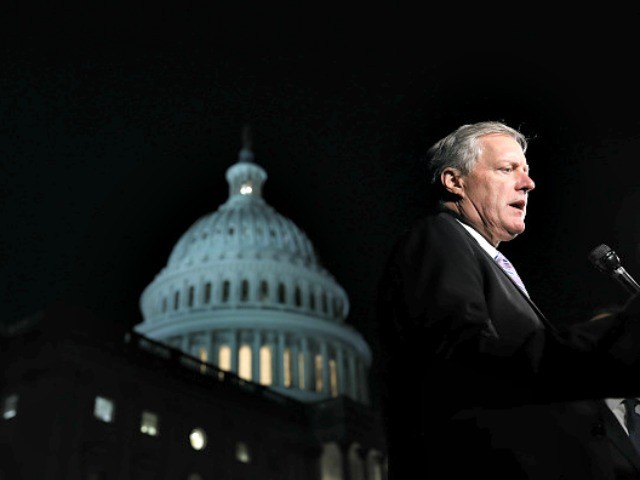 Rep. Mark Meadows (R-NC), who represents the 11th District in western North Carolina, spoke with Breitbart News Saturday about the federal response to hurricane and tropical storm Florence, which has claimed ten lives in the state and five more in South Carolina.

“There’s been no higher priority for the administration,” Meadows told Breitbart News Washington Political Editor Matt Boyle on SiriusXM 125 The Patriot Channel. “I think that it’s probably the first time that I’ve been able to see up close and personal just how supportive this administration really is.”

Meadows, who is chairman of the House Freedom Caucus and a staunch supporter of President Donald Trump’s America-first agenda, said even before the storm hit he was briefed by the Federal Emergency Management Agency (FEMA) and spoke with the president, who told Meadows he wanted to make sure federal resources were in place.

“It is probably the best prepared that we’ve ever been,” said Meadows, who added that the preparedness was really a team effort.

“A real shout out to all of our federal, state, and local first responders,”  Meadows said, adding that the state has experience dealing with hurricanes and other extreme weather conditions.

Meadows also praised the countless volunteers who have helped the people affected by the storm in his state.

“The American people are unbelievably generous and they’ll do it sacrificially,” Meadows said. “A lot of times the people that are giving really are not people that have great wealth.”

“It just makes you feel good about America and the giving spirit that we have,” Meadows said.