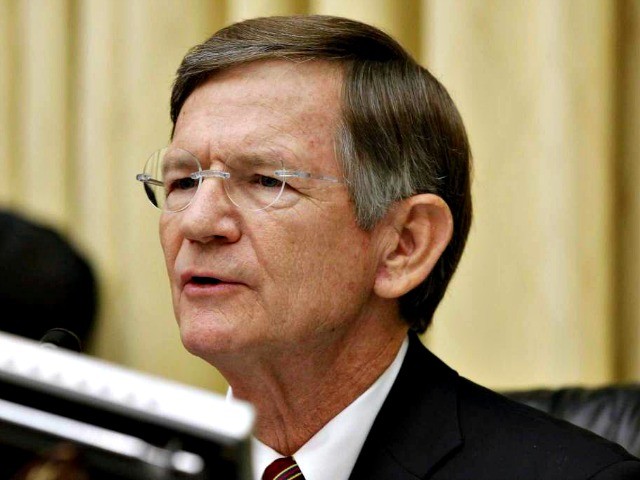 Rep. Lamar Smith (R-TX) joined Breitbart News Daily on Thursday to talk about Google CEO Sundar Pichai’s recent hearing in front of the House Judiciary Committee. Smith said that if Google continues on the same course, it will end up “skewing elections.”

Rep. Lamar Smith (R-TX) challenged Google CEO Sundar Pichai during a recent hearing in front of the House Judiciary Committee on the topic of political censorship on the Google platforms, namely their search engine.

During the hearing, Pichai and Smith went back and forth about whether or not Google employees can manipulate the Google search engine to favor “ideologically-friendly” sites and disfavor other conservative sites.

PICHAI: “It is not possible for an individual employee or groups of employees to manipulate our search results. We have a robust framework, including many steps in the process.”
SMITH: “I disagree, I think humans can manipulate the process. It is a human process at its base.”

“I think what you see is an unwillingness by the head of Google to directly answer questions. We never really got a direct answer. He could never really explain why so many results of internet searches were in fact slanted against conservatives or Republicans or the President or the Vice President,” Smith said during his appearance on Breitbart News Daily on Thursday.

“I think he lost a lot of credibility at least with those of us who were expecting to hear a little more candor, a little more honesty, a little admission that, yes there is bias and we are going to do our best to correct it. So I really worry what Google’s motives really are,” Smith added when describing the hearing to Breitart News editor-in-chief and host Alex Marlow.