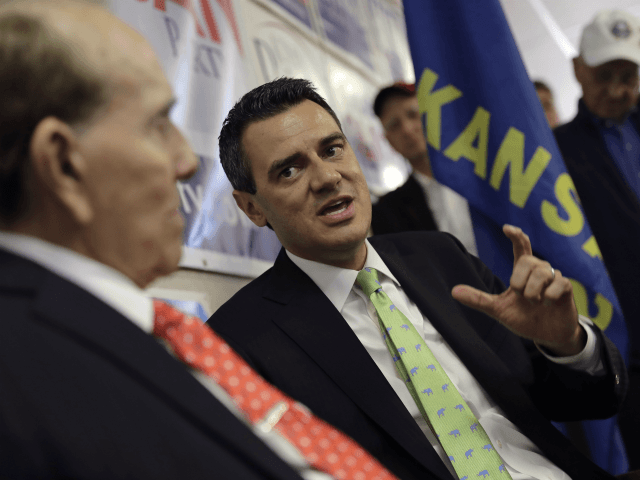 Yoder’s electorate had a high percentage of college graduates — plus a large number of lower-income service workers. That combination mirrors the Democrats’ upstairs-downstairs coalition nationwide.

Yoder used his chairmanship of the homeland-defense appropriations committee to push liberal migration policies. The policies favored companies which hire poor migrants, and companies which outsource many U.S.-based white-collar jobs to Indian-born college-graduates via the H-1B visa program.

American tech-workers rented billboards to show their opposition to Yoder’s support for the outsourcing companies.

ICYMI: I am proud to be endorsed by @KCStar.#KC03 pic.twitter.com/6XbBwa517d