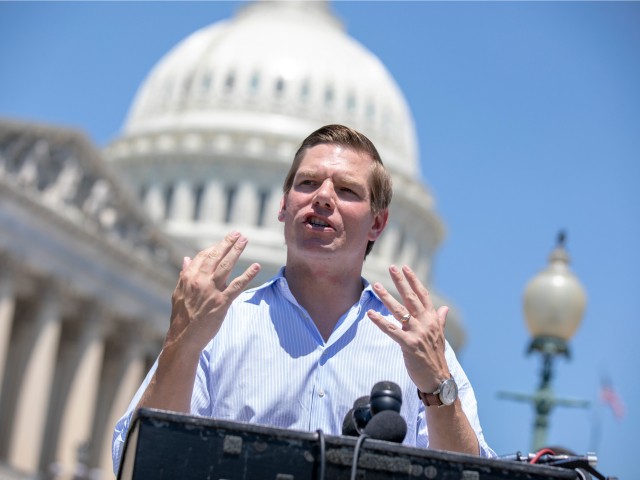 Rep. Eric Swalwell (D-CA) is pledging a gun control vote next week by exclaiming that the “right to be safe” trumps the right to bear arms.

He argues that the “right to be safe” supersedes “any other rights” possessed by Americans:

It’s Friday, so call me crazy, but I can’t wait for next week. On Wednesday, our @HouseJudiciary Committee will have the first hearing on gun violence in 8 years. A new Congress is putting your right to be safe over any other rights. #EnoughIsEnough #HR8

Swalwell is setting the stage for a gutting of our Second Amendment rights. He tweeted, “For too long, an NRA-controlled Congress failed to pass common sense gun laws, instead allowing the most dangerous weapons to be in the hands of the most dangerous people. Predictably, thousands have died. & Congress would respond w/ moments of silence & zero moments of action.”

He did not mention that nearly every mass shooter of the 21st century acquired his guns by complying with all the left’s gun controls–including background checks–rather than going around them. Nor did he mention that the left’s refusal to remove gun-free zones continues to provide a target-rich environment for crazies, and no amount of gun control will change that.