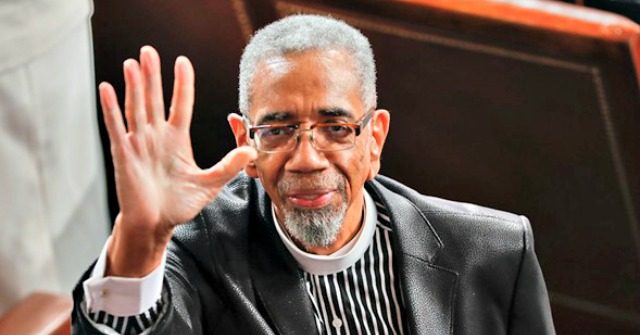 Long-time activist and career politician Bobby L. Rush unleashed a scathing review of law enforcement officers on Sunday, comparing them to the Ku Klux Klan. “The number-one cause that prevents police accountability, that promotes police corruption, that protects police lawlessness, is a culprit called the Fraternal Order of Police,” he told Politico, calling the two organizations “kissing, hugging and law-breaking cousins”:

They’re the organized guardians of continuous police lawlessness, of police murder and police brutality. The Chicago Fraternal Order of Police is the most rabid, racist body of criminal lawlessness by police in the land. It stands shoulder to shoulder with the Ku Klux Klan then and the Ku Klux Klan now.

Rush’s words were part of his response to a leaked video showing police at leisure in his office on the weekend of May 30 as violent protests in response to the alleged murder of George Floyd by former officer Derek Chauvin of the Minneapolis Police raged in the streets just outside.

The officers — including three supervisors — napped, made coffee, and even popped some popcorn while on duty. One even left Rush a tip: a one-dollar bill placed on his desk in what Rush considers a deliberate gesture of disrespect.

Rush is not the first to criticize the video. High ranking members of the Chicago police force, as well as Mayor Lori Lightfoot, have also labeled the footage and its subjects indefensible. “Looting was going on, buildings were being burned, officers were on the front lines truly taking a beating with bottles and pipes, and these guys were lounging — in a congressman’s office,” Lightfoot said. “The utter contempt and disrespect is hard to imagine.”

But Fraternal Order of Police Lodge 7 president John Catanzara scolded Mayor Lightfoot for her words, contending that Rush’s own staff had asked the officers to stay in his office.

“Shame on her for ever questioning their valor and the heroism and the officers of CPD to make it sound like they were letting other officers get the crap beat out of them while they sat there and slept,” Catanzara told local NBC affiliate Channel 5. “That is a disgusting accusation. She owes the men and women an apology for even implying that was.”