Border Patrol agents and Texas sheriff’s deputies recovered the remains of five migrants who died after being abandoned by their smugglers near the U.S. border with Mexico.

The deaths highlight the humanitarian consequences of an open border, as discussed by Brooks County Sheriff Benny Martinez in a recent interview with Breitbart Texas.

Sheriff Martinez said the migrants are coming off of weeks and sometimes months of traveling under the control of cartel-connected human smugglers who provide them with minimal food and water.

“When they’re being ‘stored’ in the residences [stash houses], they’re not being fed, they’re not staying hydrated.” He said this results in the migrants not having the physical resources they need to be out in the brush for several days in the South Texas heat. Many end up dead from the heat and lack of water.

The five deaths recovered this week brings this year’s migrant death toll in Texas to 192, according to the Missing Migrant Project.

Agents found the deceased migrants in the Border Patrol’s Rio Grande Valley and Laredo Sectors. One hundred fifty-nine of the 192 reported migrant deaths in Texas occurred in these two sectors.

Brooks County Sheriff’s Office dispatchers received a call on September 20 from Border Patrol agents about their discovery of a deceased migrant on a ranch located in the eastern part of the county, north of the Falfurrias Border Patrol Checkpoint on U.S. Highway 281. The ranch is in an area well known for human smuggling activity where “coyotes” will march the migrants around the checkpoint. If the migrants become weak, disabled, or otherwise cannot keep up, the smugglers simply abandon them to die.

Brooks County Sheriff’s Office Deputy Bianca Mora arrived on the scene with a local justice of the peace and met with Border Patrol supervisors who escorted them to the location of the remains, about 10 miles inside the ranch. At the death scene, Mora reported finding the scattered skeletal remains of a Honduran adult male, according to the Brooks County Sheriff’s Office. 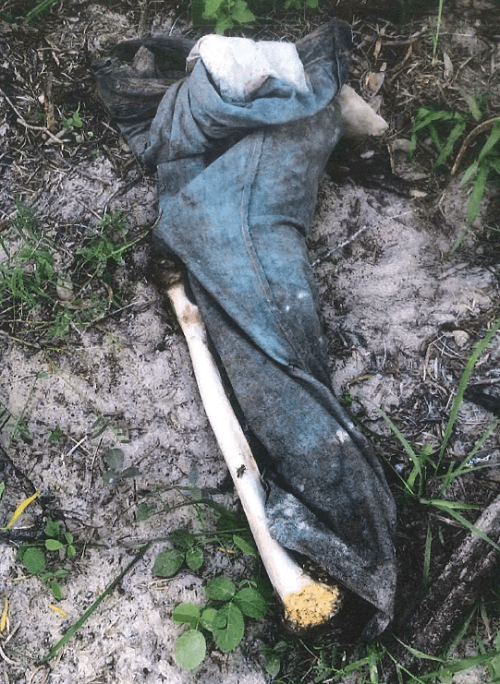 The remains were scattered by animals who devoured the body of the man left to die. The deputy found a Honduran passport in the man’s pocket, identifying him as Luis Antonio Arevalo Melgar. It is not known when he died, but the local ranch hand found the man’s remains on his 28th birthday.

In additions to a pair of blue jeans and one brown shoe, the deputy found five U.S. one dollar bills and some torn Honduran currency.

Much of the man’s remains were missing after being dragged off by animals. The deputy recovered a skull, pelvis, some ribs, several separated vertebrae, a femur, tibia, and fibula.

The following morning, Deputy Mora traveled to another ranch located west of the Falfurrias Border Patrol checkpoint. This is another area frequently utilized by human smugglers to march their “cargo.” 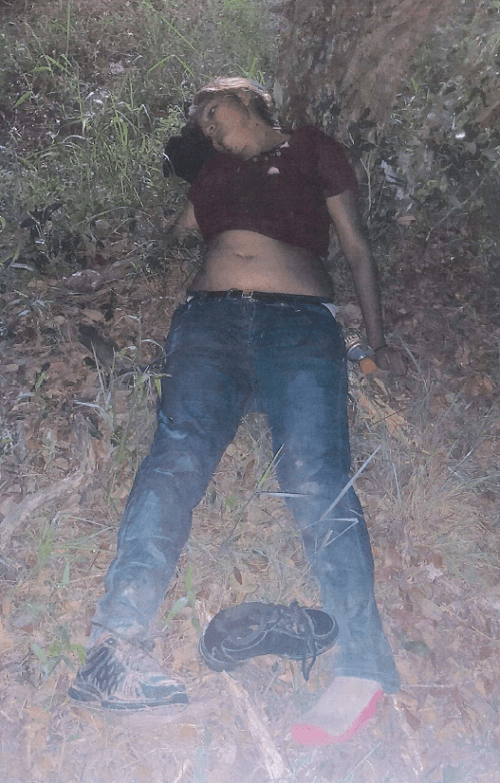 On arrival, Deputy Mora found the body of a Salvadoran female who appeared to have recently died after being abandoned. Mora found 26-year-old Alba Cecibel Argueta Jurado sitting up against a tree with her head resting on a black jacket. In her possession were a cell phone, a toothbrush, $75 USD, and other personal items. She also had a Salvadoran identification card.

Her time of death is not known, but due to the undisturbed condition of her body, it is likely she died a short time before officials discovered her remains.

Her body and the remains found on the second ranch were transported to the Webb County Medical Examiner’s Office in Laredo, Texas, for formal identification and an autopsy.

Elsewhere in the Rio Grande Valley Sector, Fort Brown agents recovered the body of an abandoned migrant after they apprehended a group of illegal immigrants near Brownsville, Texas, on October 4. During processing, agents learned that the smugglers abandoned one migrant several days earlier after he became severely injured. The agents teamed up with Border Patrol Search, Trauma, and Rescue (BORSTAR) agents and a cadaver K-9 to search for the missing migrants. Agents found the missing migrant who had died after being abandoned.

Officials turned over the remains to Cameron County Sheriff’s Office deputies. An investigation into the death remains ongoing at this time, officials stated.

On October 9, a McAllen Station Riverine unit discovered the body of a deceased migrant on the banks of the Rio Grande River near the border town of La Joya, Texas. Agents recovered the body and turned the remains over to the Hidalgo County Sheriff’s Office.

Further north along the Rio Grande River, Laredo West Station agents received notice about a deceased migrant on a ranch. The agents arrived on the scene and contacted the Webb County Medical Examiner’s Office to take custody of the remains. No information about the decedent was provided by Laredo Sector officials.