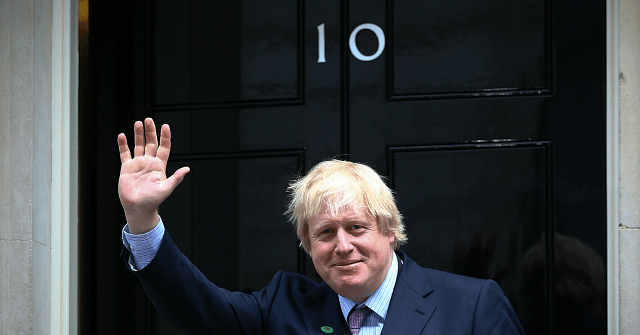 “There is no decisive route to blocking no deal” should a Brexiteer take over from Theresa May, who resigned as prime minister on Friday, a think tank has said.

During Mrs May’s statement outside of Number 10 where she announced that she was stepping down as leader on the 7th of June, she said that her successor “will have find consensus in Parliament where I have not” to pass her EU-approved withdrawal treaty,

“Such a consensus can only be reached if those on all sides of the debate are willing to compromise,” Mrs May said.

However, senior Tories have told their colleagues that a new, pro-Brexit party leader and prime minister is not obliged to seek the support of Parliament to take the UK out of the EU without a deal, according to The Times.

The prospect has been backed by Whitehall think tank the Institute for Government which said in an article published Wednesday: “A new Prime Minister intent on No Deal Brexit can’t be stopped by MPs.”

Mrs May had ruled out leaving the EU without a deal and trading with the bloc on World Trade Organization (WTO) terms, referred to as ‘No Deal’, despite WTO arrangements being a deal itself.

The outgoing prime minister had also allowed the Remain-dominated lower house of Parliament to vote to stop a no-deal Brexit, though No Deal remains the legal default should a deal not be agreed.

After three failed ‘meaningful votes’ and the UK’s exit from the EU twice delayed from March 29th, 2019, to October 31st, 2019, the Institute for Government writes: “…if a new prime minister is set on no deal, then they have no need for further ‘meaningful votes’. That denies MPs an opportunity to vote to take control of the timetable again.

“And the no deal provision in the EU Withdrawal Act 2018 – which would have required the Government to hold a vote in the Commons if no agreement had been reached with the EU by 21 January – has long expired.”

BoJo: Britain Must Prepare for Clean Break from EU https://t.co/QE6swyKLw7

A number of Brexiteer MPs who would take the UK out of the EU on no deal have been positioning themselves in recent weeks as potential leadership contenders, including Esther McVey, Boris Johnson, and Dominic Raab. Some remainers are also believed to be putting their hats in the ring including Amber Rudd and centrist-progressive ‘One Nation’ Conservatives Jeremy Hunt and Sajid Javid.

Media insiders, however, are reporting that the establishment Tories have conceded that the next leader must be a Brexiteer, with the former foreign secretary Boris Johnson the book-makers’ favourite to move into Number 10. In a recent poll, he is placed in the lead with 39 per cent of Tory grassroots support, followed by Mr Raab at 13 per cent.

The two-time mayor of London, who campaigned for Leave in the 2016 referendum, has said May’s deal fails to deliver Brexit, slammed suggestions of a second referendum, and said that the UK should be prepared to leave without a deal.

Investment Bank Predicts 25 Per Cent Likelihood of ‘No Deal’ Brexit, BoJo as Next PM https://t.co/DMwIYaGRPj

While Mrs May has resigned, she will stay on in a ‘caretaker’ position until a new party leader, who will become the next prime minister, is chosen. Candidates must be proposed and seconded by fellow Conservative MPs and the party will be presented with the list of candidates.

Conservative MPs will cast their votes in a ballot, with the candidate with the fewest votes dropping off the candidate list. This process is repeated however many times it takes until there are two candidates left.

The voting process is then handed over to the Conservative Party’s 150,000 members. The two candidates will undertake hustings and campaigning across the country and party members will then vote, with the MP who wins becoming the next leader.