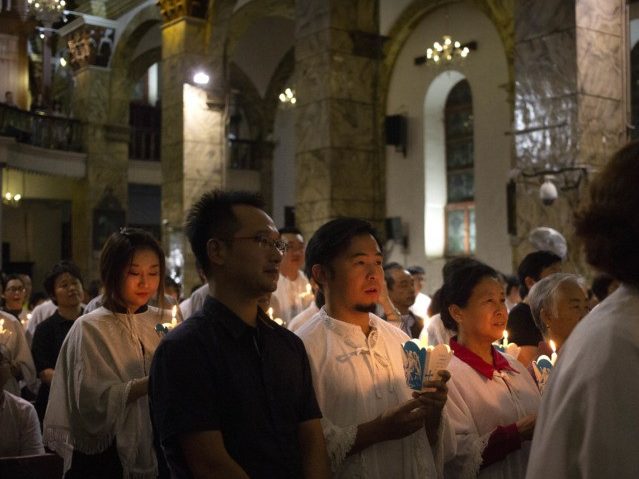 A number of religious freedom advocates have stepped forward to criticize the Vatican’s new “provisional agreement” with China on the appointment of bishops, arguing that it betrays naïveté concerning “the evil of communism.”

The Vatican’s diplomatic rapprochement with the Chinese government will likely exacerbate problems for the Church in China, said Dr. Thomas Farr in testimony before the House Committee on Foreign Affairs last week, “in part by appearing to abandon those Chinese Catholics, including bishops and priests, who bravely speak out against religious persecution and on behalf of religious freedom and human dignity.”

Part of the Vatican’s concession to the Chinese government, in fact, involved the rehabilitation of seven illicitly ordained bishops of the state-controlled Catholic Patriotic Association and the removal of two bishops of the underground church that have been faithful to Rome.

“I confess that I am skeptical, both as a Catholic, and as an advocate for the religious freedom of all religious communities in China,” said Farr, who is president of the Religious Freedom Institute. “Earlier this year the Vatican quite properly expressed grave concerns about China’s comprehensive anti-religion policy, and its apparent goal of altering Catholicism itself.”

This apparent concession to a communist government “that is already forcing fundamental alterations of Catholic doctrine and witness seems, to me at least, untimely and risky,” Farr said.

Farr likened the deal to “the Vatican’s failed Cold War ‘realpolitik’ diplomacy of the 1960s,” which “failed from a want of realism about the evil of communism.”

“It harmed the Church in parts of Eastern Europe,” he said. “The post-war Vatican was not then, and is not now, a secular power capable of changing the behavior of communist governments by dint of its political diplomacy.”

The deal is especially damaging, he continued, because it represents an abdication of the Vatican’s unique role in world politics, since “the Vatican is arguably the only authority in the world constituted precisely to address the root causes of totalitarian evil.”

The Holy See’s role should be now, as it has been in the past, to press for human rights and, especially, “for religious freedom for all religious communities in China,” he said.

Dr. Farr is not alone in seeing a minefield of problems in the new Vatican-China deal.

Johnnie Moore, a member of the U.S. Commission for International Religious Freedom (USCIRF), told Catholic News Agency (CNA) that many people outside of the Catholic community are “entirely confused by the timing and why the Holy Father agreed to – for all intents and purposes – demote faithful, persevering priests who had endured so much for so long.”

Surely, Pope Francis could have found a way “to have a meaningful relationship with the Chinese-appointed bishops without picking sides between his flock and those who’ve viciously opposed it for so long,” he said.

“I’m also afraid that clever leaders in China will use this deal with the Vatican to distract the world from their resurgent, egregious mistreatment of other religious communities.”

As Breitbart News reported last month, Cardinal Joseph Zen, the bishop emeritus of Hong Kong, has opposed the deal from the outset, expressing his conviction that Pope Francis “is really naïve” and “doesn’t know the Chinese communists.”

Zen went so far as to call for the resignation of Vatican Secretary of State Pietro Parolin, saying the accord he was brokering with the Chinese Communist party amounted to an “incredible betrayal” of the Catholic faith.

In an interview with Reuters, Zen described Cardinal Parolin as a secular bureaucrat with little time for martyrs and saints.

“I don’t think he has faith. He is just a good diplomat in a very secular, mundane meaning,” Zen said. “He should resign.”

Zen has been a vocal critic of the ongoing negotiations and the Vatican’s apparent willingness to bow to demands of Chinese President Xi Jinping who has tightened controls over all religious practice in China.

For decades, faithful members of the underground Catholic Church in China have suffered persecution and even martyrdom in order to stay true to Rome, and now Rome seems prepared to betray them, the cardinal has stated.

“The consequences will be tragic and long lasting, not only for the church in China but for the whole church because it damages the credibility. Maybe that’s why they might keep the agreement secret,” Zen said.

The pope has tried to assuage the fears of Chinese Catholics and others concerned about the concession of too much authority to the communist party in the internal affairs of the Church and wrote a letter to China’s Catholics dated September 26 saying that he understood their worries but urged them to trust him.

Francis said he is convinced that “encounter can be authentic and fruitful only if it occurs through the practice of dialogue, which involves coming to know one another, to respect one another and to ‘walk together’ for the sake of building a common future of sublime harmony.”

In the Provisional Agreement, he said, the Holy See has desired “only to attain the Church’s specific spiritual and pastoral aims, namely, to support and advance the preaching of the Gospel, and to reestablish and preserve the full and visible unity of the Catholic community in China.”