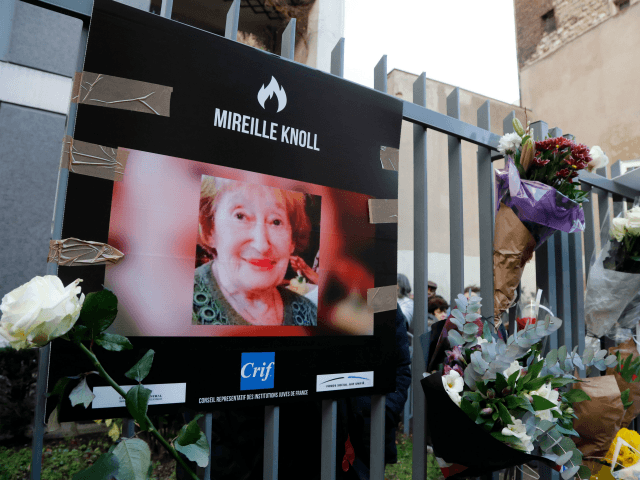 French Prime Minister Edouard Philippe said anti-Semitic acts in France jumped by 69 percent in the first nine months of 2018, announcing the rise on Friday as Europe pauses to remember the 80th anniversary of the infamous “Kristallnacht” of Nazi attacks against Jews.

“Every aggression perpetrated against one of our citizens because they are Jewish echoes like the breaking of new crystal,” Philippe wrote on Facebook, referring to the start of the Nazi drive to eliminate Jews on November 9, 1938, also known as the Night of Broken Glass.

“Why recall, in 2018, such a painful memory? Because we are very far from being finished with anti-Semitism,” he said, calling the number of acts “relentless.”

“Despite decreasing for the past two years, the number of [anti-Semitic] acts has risen by more than 69 percent in the first nine months of 2018,” Phillipe lamented.

In his Facebook post, Philippe quoted Holocaust survivor and Nobel laureate Elie Wiesel as saying that “the real danger, my son, is indifference,” pledging that the French government would not be indifferent.

In March, thousands of mourners silently walked through Paris to condemn the gruesome murder of an 85-year-old Jewish woman who’s death was seen as the latest manifestation of the anti-Semitism that is now seen on everyday French streets.

WJC expresses shock and horror over the barbaric murder of 85-year-old Jewish Holocaust survivor Mireille K. in Paris last Friday. We echo the calls of @Le_CRIF and expect the authorities maintain full transparency over the course of the investigation.https://t.co/D4f28f8Tly pic.twitter.com/IdzetxPGST

Mireille Knoll reportedly escaped a notorious World War II roundup of Paris Jews, in which police herded some 13,000 people — including more than 4,000 children — into a stadium and shipped them to the Auschwitz death camp in Nazi German-occupied Poland.

She was murdered in her bed and then set on fire in a terrorist attack.

France’s half-a-million-plus Jewish community is the largest in Europe but has been hit by a wave of emigration to Israel in the past two decades, driven by the emergence of a virulent strain of anti-Semitism in predominantly immigrant neighbourhoods.

As Breitbart Jerusalem reported, almost 5,000 French Jews emigrated to the Jewish State in 2016 alone. They departed after a record year for anti-Semitic attacks in 2015.

Philippe did not specify how many acts had been committed this year, Le Monde said there had been 311 anti-Semitic incidents in 2017.

Philippe said the government would trial a new dedicated network of investigators and magistrates to fight hate crimes and would build a permanent national team in the education ministry to tackle anti-Semitism in schools.