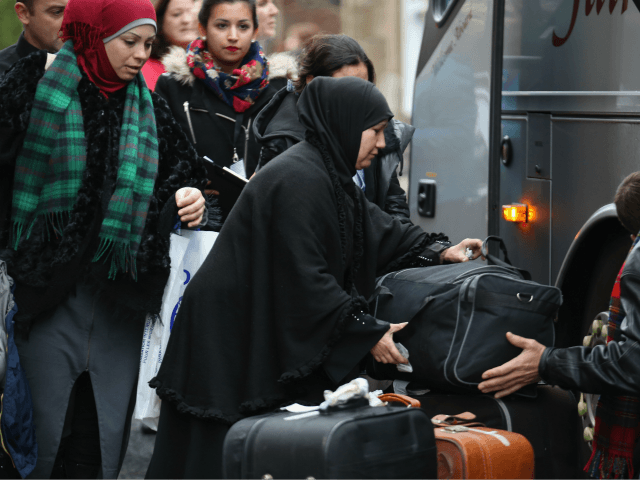 Migrants who apply for asylum in the UK via legal routes and are granted refugee status will automatically be given indefinite leave to remain, effectively settled status.

Home Secretary Priti Patel will announce, according to media reports on Sunday, that asylum seekers deemed to have fled conflict or persecution who apply for refugee status via the “safe and legal resettlement route” will be given indefinite leave to remain (ILR).

Before these changes, refugees were granted five years to live in the UK before applying for ILR.

Current British government guidance on ILR states that for those with the immigration status, there is “no longer any time limit on your ability to stay in the UK” and that residents are “regarded as settled in the UK”.

Those with IRL are free to work, study, and access NHS services, with reports saying the plans are aimed at refugees having the stability to build long-term lives in the UK.

Asylum seekers will be asked to make refugee applications overseas first before arriving in the UK, according to The Telegraph.

Priority will be given to asylum seekers in conflict zones, rather than those “already in safe European countries”.

Home Secretary Patel said, according to Sky News: “Our New Plan For Immigration will make big changes, building a new system that is fair but firm. We will continue to encourage asylum via safe and legal routes whilst at the same time toughening our stance towards illegal entry and the criminals that endanger life by enabling it.

“Not all of these reforms will happen overnight, so in order to save lives we will need to stick to the course and see this New Plan For Immigration through.”

The government has not stated whether refugee status could be removed under the new rules if the situation in a home country changed. The indefinite leave to remain documents, which have not been updated since 2019, state that ILR can be “revoked” if a holder “were granted leave as a refugee and cease to be a refugee”.

The UK’s oldest conservative think tank warned that if the government plans to accept large numbers of asylum seekers, it needs to make other immigration cuts.

Bow Group chairman, Ben Harris-Quinney, told Breitbart London on Sunday: “Geniune asylum is one of the strongest reasons to accept immigrants into the UK, but if the government want to take in large numbers of refugees, they need to make massive cuts to overall immigration elsewhere.”

Delingpole: BoJo’s Britain Is a Haven for Refugees – But Increasingly Hellish for Natives https://t.co/aZo2ziZKyJ

Mr Harris-Quinney also challenged government plans for automatic indefinite leave to remain, saying that “other Western nations offer asylum until such time as the situation refugees are fleeing has resolved; there is no reason from Britain to extend asylum beyond this.”

Denmark earlier this month stripped 94 Syrian refugees of their residency status and ordered them to return after deeming the capital Damascus and other parts of the Middle Eastern country to be “safe”.

Danish Immigration Minister Mattias Tesfaye had said: “We have made it clear to the Syrian refugees that their residence permit is temporary. It can be withdrawn if protection is no longer needed.”

Mr Tesfaye had added: “We must give people protection for as long as it is needed. But when conditions in the home country improve, a former refugee should return home and re-establish a life there.”

The Scandinavian country is believed to be the first European nation to do so. Around 1,250 other Syrians in Denmark could have their refugee status reassessed.

The UK government, meanwhile, in October 2020, had bragged that Britain “resettles more refugees than any other country in Europe”, announcing this month it had taken in 20,000 Syrians since 2015.

More than five million migrants from the European Union have applied to live permanently in Britain under the EU settlement scheme, with applications still open until June 2021. https://t.co/rwoc5nEaIS

Mr Harris-Quinney continued to tell this publication: “Once again, we see tough talk from the government on reducing immigration, whilst they quietly change the rules to facilitate a continued increase to immigration.

“The Conservatives have been in power for ten years. There is no one else to blame for the millions and millions of record-breaking numbers of people that have entered our country in that time. They make the Blair government look like amateurs on mass immigration.”

The government is also proposing other measures to combat illegal migration, including increasing the penalties for people smugglers. Failed asylum seekers and criminal migrants will be prevented from lodging endless last-minute appeals in order to prolong their stay in the UK. Judges will also be ordered to give “minimal weight” to evidence provided later in the asylum application process.

The announcement comes after reports that the Home Office was considering following Australia’s lead and processing migrants in offshore territories, with Gibraltar and the Isle of Man being considered, amongst others as well as third countries.

However, the Manx and Gibraltarian leaders said they had not been contacted by Downing Street, and such plans were ultimately unlikely.

Mr Johnson had defended the plans in a recent press conference at which he also reiterated his long-held support for amnesty for illegals who had been in the country for some time, and had otherwise not committed any crimes.