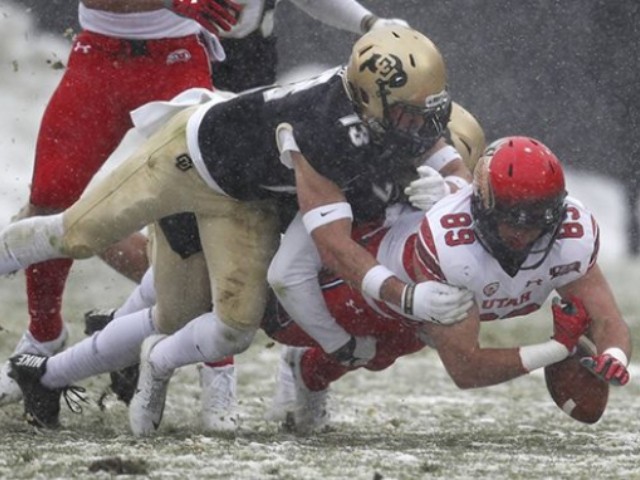 Most fans pride themselves on the fact that football is a game which can be played through almost any weather condition. Whether the conditions be rain, sleet, heat, or snow, it normally makes no difference.

However, according to one college football official, one condition the game cannot be played in, is snowball fight.

During the Colorado-Utah game on Saturday — a game which in which the field was blanketed by heavy snowfall — an official stopped play because fans were throwing snowballs onto the field:

Ref stopped the game to tell fans not to throw snowballs 😂 pic.twitter.com/b5vdtghzsx

The snowy conditions, however, did not hamper offensive output. The two teams combined for 37 points during the game. Unfortunately for Colorado, they only scored seven of the 37 points.