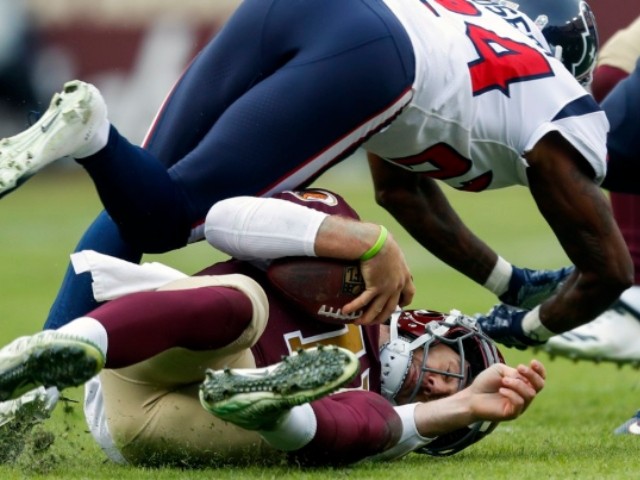 When Redskins quarterback Alex Smith broke his tibia and fibula in a game against the Houston Texans a few weeks ago, the injury appeared severe enough to prompt some to question whether Smith would ever play again.

While no one knows for sure whether Smith will ever take the field again, the statement released by the Redskins Thursday morning certainly makes the chances of that look dim.

In a statement tweeted out Thursday morning, the Redskins asked for “privacy” for Smith and his family while they deal with complications arising from his “serious injury.” Those complications are reported to be, primarily, a dangerous leg infection that Smith contracted after surgery:

Statement by the Washington Redskins: pic.twitter.com/SROL4sPVFM

It’s open to interpretation just what the extent of the infection and injury might be. But from the tone and words used in the statement, it seems like the medical situation might be focused more on Smith’s overall health. As opposed to merely getting him healthy enough to resume his career.