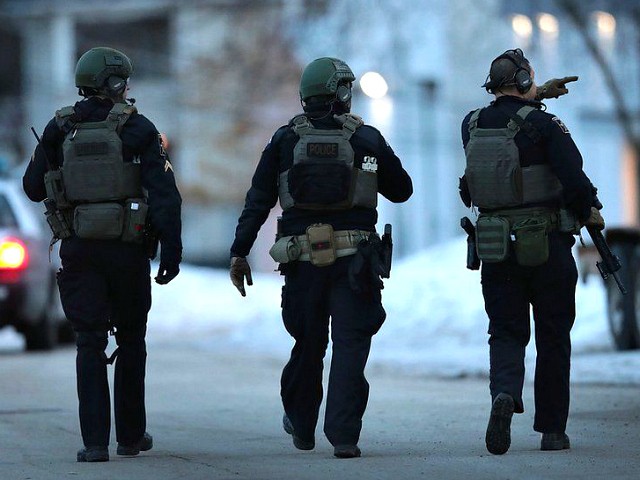 Illinois also licenses all gun owners, but gun control was impotent to stop the shooting.

The Chicago Tribune reports that 45-year-old Gary Martin opened fire at Henry Pratt Company around 1:20 pm. He allegedly fatally wounded five individuals, then exchanged fire with officers before being killed during a shootout.

WBEZ radio reports that Martin’s sister said he was laid off two weeks ago and was “very depressed.”

WRSP reports that Illinois’ red flag law went into effect on January 1, 2019. They also have a 72-hour waiting period for gun purchases, licensing for gun owners, and universal background checks. None of the gun control prevented Martin from entering Henry Pratt Company and opening fire.