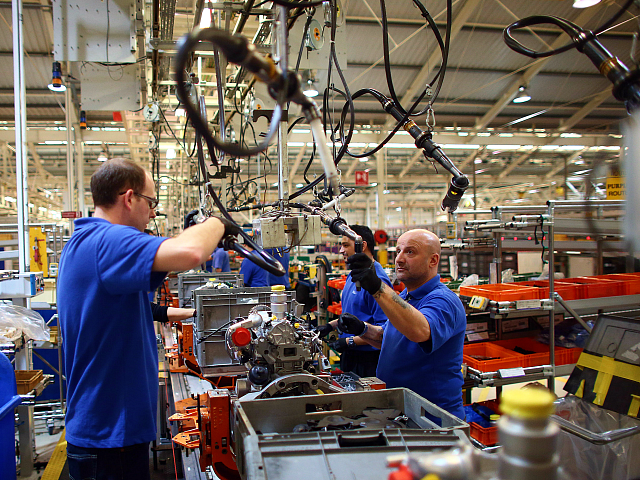 The UK has seen wage growth hit a ten-year high while there has been a record fall of migrant workers from the European Union, signalling employers are adjusting salaries in preparation for an end to cheap, unlimited labour when Britain leaves the bloc.

According to the Office for National Statistics (ONS) figures released Tuesday, average weekly earnings (including bonuses) have grown by three per cent compared with the previous year, the fastest growth in three years.

However, regular pay (minus bonuses) grew by 3.2 per cent — the strongest pace since September 2008 and above the 2.4 per cent rise in the cost of living.

While unemployment had crept up 0.1 per cent to 4.1 per cent, by 21,000 to 1.38 million, the increase was deemed “not statistically significant” by the ONS and it was still lower than this time last year (4.3 per cent) and still close to 1975’s record low unemployment.

For July to September 2018, there were 2.25 million EU nationals working in the UK, 132,000 fewer than for a year earlier (the largest annual fall on record) https://t.co/ogXKbF8MaZ pic.twitter.com/OATVnCM7yg

Meanwhile, separate ONS figures show that there were 2.25 million EU migrants working in the UK — 132,000 fewer than a year before and the largest annual fall since records began in 1997.

Employers have been warned to prepare for a changing labour market after the UK leaves the bloc and no longer has access to unlimited cheap workers, with Stephen Clarke, the senior economic analyst at the Resolution Foundation, telling The Telegraph:

“Firms who employ a large share of migrant workers need to think now about adjusting to a lower migration environment, in terms of the workers they employ, what they produce and how they operate.”

“These figures are good news. The number of UK nationals in work has risen by nearly 450,000.

“Additionally, employers appear to be adjusting to the lower inflow of labour from the EU and there are welcome indications that businesses are raising wages in order to attract more recruits. That can only be positive given that the average real wage is lower now than it was ten years ago.”