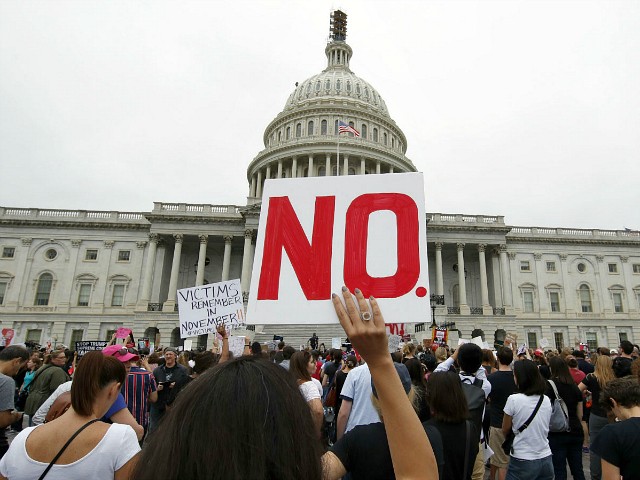 Citizens for the Republic published a video ad casting Democrats as a party aligned with Antifa, Black Lives Matter, and other left-wing activist organizations and campaigns. The group is the late former President Ronald Reagan’s political action committee (PAC).

Titled, “The Light and The Dark,” the video includes footage of left-wing activists and protesters holding signs declaring, “BECOME UNGOVERNABLE,” “THIS IS WAR,” “NO BORDERS NATIONS,” “ALL MY HEROES KILL COPS,” and AMERICA WAS NEVER GREAT.”

Also shown are images of masked leftists burning a sign upon which “FREE SPEECH” is written and the American flag.

Against the musical backdrop of George Frederic Handel’s Sarabande, the video’s depicts the following text:

On Election day, we Americans will be faced with a choice … as clear as the truth and as old as the Scriptures. A choice for our future. The Liberals want to tear down society. Tear down our culture. Tear down our future. Liberals instill hatred, violence, senseless street protests. The choice could not be clearer. Vote for a better life for you and your children. Cote for your future. Vote for the light. Resist the darkness. Vote for the light. Vote Republican on November 6.

Citizens for the Republic is a 501(c)(4) non-profit political activist organization.