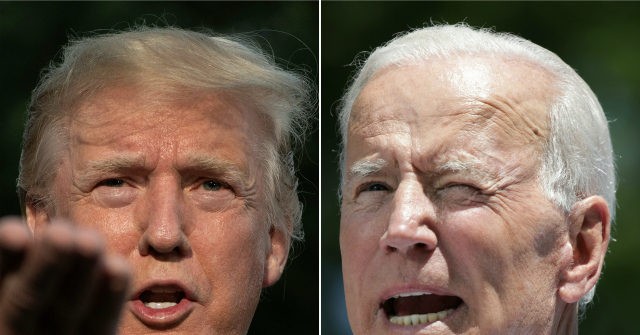 Biden leads the president 48 percent to 46 percent in the Buckeye State, while four percent of Ohio voters remain undecided, the survey found. Biden’s lead reduces to a single percentage point, 48 percent to 47 percent, when leaners are included.

While the Democrat presidential hopeful’s lead is within the survey’s +/- 3.5 percent margin of error, it suggests that Republicans have some work to do, as Trump carried the state in 2016 by just over eight percent:

Forty-one percent of Ohio voters have already voted, with more of those votes going to the former vice president by a sizeable margin — 61 percent to 34 percent.

Across the board, 34 percent listed “Trump’s overall job performance” as the “most important issue,” followed by the economy (32 percent), public safety (11 percent), the environment (7 percent), and national security (6 percent).

Tuesday’s RealClearPolitics average showed the president maintaining a razor-thin edge in Ohio, leading by a .2 percent average. Trump outperformed the polls in the Buckeye State in 2016, taking Ohio by 8.1 percent. The final RCP average showed the then-candidate taking the state by 2.2 percent.