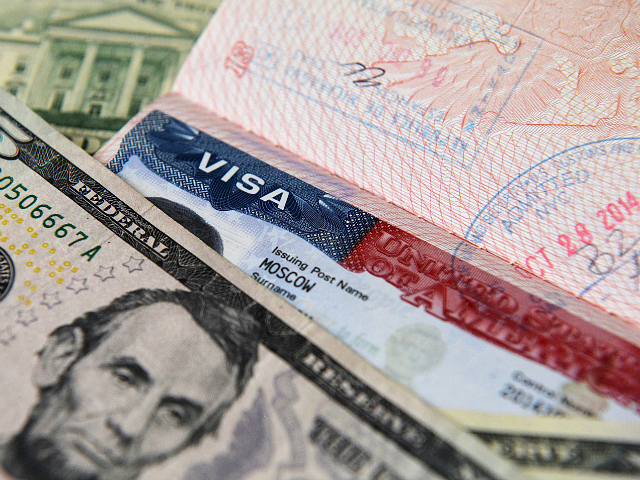 Just one-third of Americans favor continued immigration-driven population growth — but 55 percent of liberals favor the extra migration that drives up housing prices, worsens suburban congestion, and expands carbon emissions, according to the results of an October survey by Rasmussen Reports.

In contrast, 57 percent of non-Democrats favor policies that stop or reverse immigration-driven population increases. The slowdown options are favored by just 40 percent of Democrats and 35 percent of liberals, said the October 4-8 poll of 1,250 likely voters.

Forty-nine percent of Democrats and 55 percent of liberals prefer to “continue immigration driven population growth at the current levels.”

The only other demographic groups to show notable support for the migration-driven population increases were the respondents who earn more than $100,000 per year (43 percent) or who live in major cities (44 percent), says the survey.

In contrast, every other group favored immigration slowdowns when they were asked:

The opposition towards migration makes sense for people who want to buy better homes.

The research shows that an increase in the absolute number of immigrants in a particular county from 2000–2010 results in corresponding economic gains—increased demand for locally produced goods and services, a corresponding inflow of U.S.-born individuals—that are reflected in the housing market.

But just 40 percent of Democrats and 35 percent of liberals picked either of the two slowdown options that would slow housing prices. Roughly 10 percent of respondents said, “not sure.”

The same Rasmussen survey showed one-in-four Democrats and liberals say it is “better for the government to bring in new foreign workers to help keep business costs and prices down” rather than require CEOs to hire Americans in their national labor market. In contrast, half as many Republicans — 14 percent vs. the Democrats’ 27 percent — want the government to deliver foreign workers to employers, says the October 4-8 poll of 1,250 likely voters.

Immigration polls are consistent; Americans are willing to welcome migrants – but much prefer that all Americans get good jobs & secure borders first.
Also; 1-in-4 ‘liberals’ (vs 1-in-7 Consvtvs) favor CEOs hiring low-wage migrants before Americans. #H1Bhttps://t.co/gHcnpK3CM1

Democrats’ support for a cheap-labor economy is funded by investors and donors but is wrapped in a “diversity” ideology that insists Americans should not ask their government to favor them over other peoples. For example, Biden told an ABC town hall meeting on October 16:

We are a country that is a country of slaves who came here 400 years ago, indigenous people, and everyone else is an immigrant. And we’re a diverse country. Unless we are able to treat people equally, we’re — we’re just never going to meet our potential.

Business groups promote their agenda by funding polls that push people to agree with the Cold War claim that the United States is a “Nation of Immigrants” instead of a nation of Americans.

Open-ended legal migration is praised by business and progressives partly because migrants usually flood the labor market and help to transfer wealth from wage-earners to stockholders.

Joe Biden signals a 2021 welcome for Venezuelan & Cuban migrants.
Kinda like opening a window in a submarine.
The cost of progressives’ vanity is imposed on poorer Americans who lose wages & homes. https://t.co/ngfEykNYqE