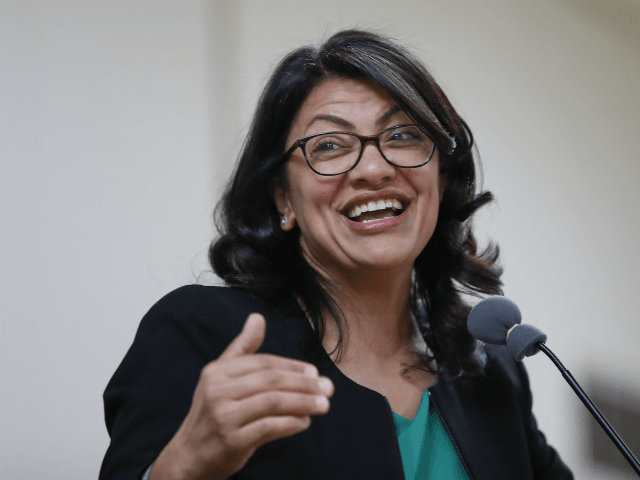 “Look, I truly believe he is racist — and that’s probably controversial — he is,” Tlaib told The Hill in a Thursday Hill.TV interview. “It’s in his policies, it’s in his words, and the fact of the matter is that he’s still our president… but it doesn’t matter, I’m going to hold him accountable.”

Tlaib, along with Rep.-elect Ilhan Omar (D-MN), will also be one of two Muslims in the next Congress.

Tlaib, who is in Rep.-elect Alexandria Ocasio-Cortez’s “posse” or “squad,” danced with a Palestinian flag after she won her November election and recently defended Marc Lamont Hill’s anti-Israel remarks.

“I have heard critics calling it unbecoming of a former state legislator,” she later wrote in the Detroit Free Press. “Well, I believe it is unbecoming of any American to not stand up to Trump’s hate-filled rhetoric and tactics.”