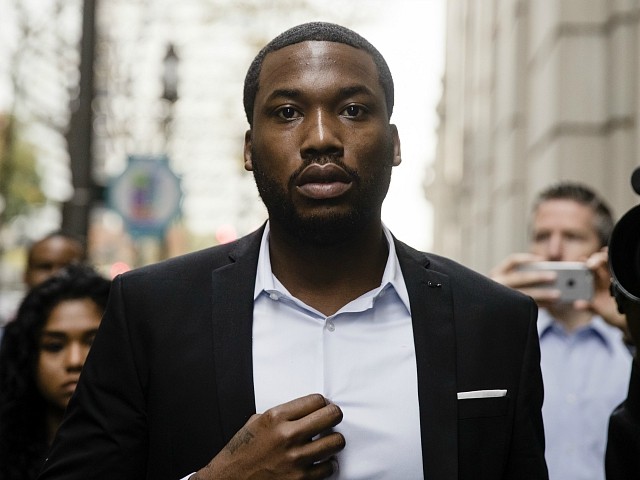 “The plantation and a prison are actually no different. The past is the present. It ain’t no coincidence,” Meek Mill said.

“This was the plan since abolition, to keep us subjugated by creating this system,” the Philadelphia-based rapper continued. “But I believe in a different set of rights: the right to stand up and be heard, the right to reform a broken justice system, and build a new future. We had the right to be silent, now it’s our right to speak up.”

I’m standing with @MeekMill and his choice to fight for criminal justice #REFORM. Watch his @nytopinion op-ed on @nytimes: https://t.co/knjAsDZyWn pic.twitter.com/PwIy4bh8z4

In the video, the “Amen” rapper also mocks the typical Miranda rights read to detained people, saying, “The color of your skin can, and will, be used against you in a court of law.”

The rapper, whose real name is Robert Williams, was sentenced to prison in November 2017 for a probation violation and was released from in April after an extensive legal effort.

In an op-ed accompanying the video, he describes the incident:

Like many who are currently incarcerated, I was the victim of a miscarriage of justice — carried out by an untruthful officer, as determined by the Philadelphia District Attorney’s office, and an unfair judge.

My crime? Popping a wheelie on a motorcycle in Manhattan. Even though the charge was dismissed in a New York City court, a Philadelphia-based judge still deemed my interaction with the police to be a technical violation of my probation — stemming from a 2007 arrest — and sentenced me to two to four years in prison despite the fact that I didn’t commit a crime. The judge also refused my motion for bail, calling me a “danger to the community” and a “flight risk.”

In the NYT op-ed, Meek Mill also said that if lawmakers are “serious about reducing mass incarceration and unnecessary government surveillance, they should introduce legislation that allows people on probation to earn a reduction in probation time for good behavior so that entire swaths of people aren’t spending the majority of their adult lives on probation as I did.”

The 31-year-old rapper has taken to criminal justice activism in the wake of his incarceration. In September, he defended former NFL player Colin Kaepernick, accusing his critics of trying to “lynch his bank account.”

Meek Mill had planned earlier this year to meet with President Trump to talk criminal justice reform, but was reportedly talked out of it by Jay-Z and other celebrities.