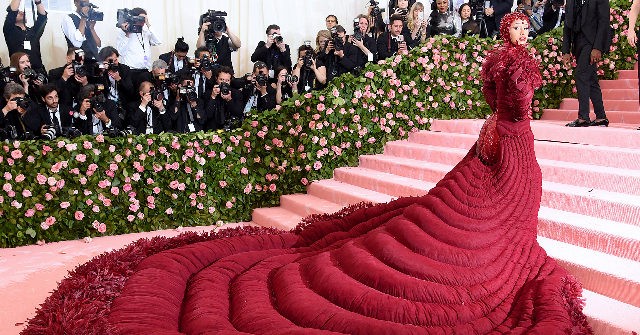 Rapper and shill for socialist Sen. Bernie Sanders (D-VT) Cardi B, whose net worth is an estimated $40 million, is complaining about inflation, lamenting how nearly “everything” has gone up in price, and admitting that she hasn’t “really been keeping up with a lot of political stuff” now that President Joe Biden is in the White House.

“I haven’t really been keeping up with a lot of political stuff, because it’s just getting very overwhelming,” Cardi B said in a recent interview with radio host Billy Bush, posted by Extra on Thursday. “There’s certain things that, like, I was looking last year or, like, two years ago, and the market is just extremely high.”

“And that’s just, let’s say, when it comes to homes, everything is high, the food is high, the products are high. We can’t even get products from certain countries,” the “WAP” singer added.

While Cardi B admits that she is not paying attention to political issues today, the rapper was very vocal while former President Donald Trump was in office.

In October 2020, the then-Biden surrogate revealed that she was terrified when she encountered groups of Trump supporters in Los Angeles, expressing horror at their “big ass trucks” and saying, “I don’t like this shit!”

Earlier that year, Cardi B said that she was filing for Nigerian citizenship after a U.S. airstrike killed Iranian terror chief Qasem Soleimani, saying the decision was the “Dumbest move Trump did till date.”

During the riots of the summer of 2020, the rapper said that the people who broke into and looted stores in Minnesota were left with “no choice” but to resort to violence and steal from stores in response to the death of George Floyd.

After that, Cardi B, who called supporters of President Trump “fucking racist rednecks,” assured Elle magazine that she was “committed to doing anything to get Joe Biden elected.”