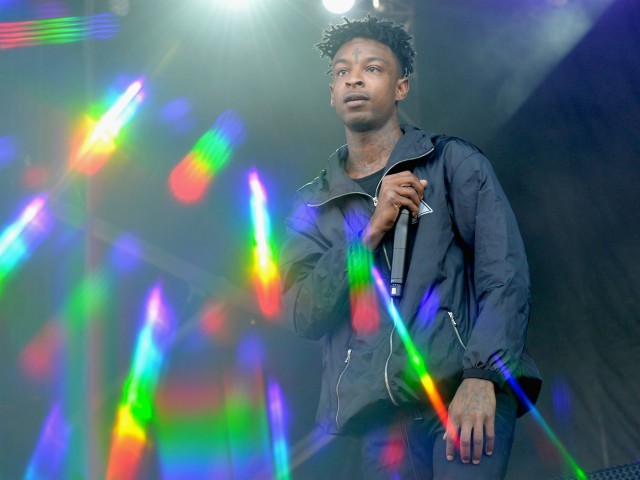 Rapper 21 Savage was detained by Immigration and Customs Enforcement (ICE) Sunday just days after criticizing the Trump administration for its immigration policies.

During a performance of his hit song “A Lot,” on The Tonight Show Starring Jimmy Fallon, 21 Savage changed the lyrics to the song to take a shot at U.S. border policies under President Trump.

“Been through some things so I can’t imagine my kids stuck at the border, Flint still need water, People was innocent, couldn’t get lawyers,” he rapped.

5 days later, he got arrested by the ICE because his visa expired 14 years ago. He is expected to be deported back to the UK.
pic.twitter.com/vCWa9ioqyb

According to ICE, the rapper was brought to the United States from the United Kingdom when he was a child in 2005 and did not leave after his visa expired a year later.

BREAKING- @ICEgov spokesman tells me @21savage was taken into custody by ICE. “His whole public persona is false. He actually came to the U.S. from the U.K. as a teen and overstayed his visa.” MORE COMING

A statement from ICE reads:

Mr. Abraham-Joseph initially entered the U.S. legally in July 2005, but subsequently failed to depart under the terms of his nonimmigrant visa and he became unlawfully present in the U.S. when his visa expired in July 2006. In addition to being in violation of federal immigration law, Mr. Abraham-Joseph was convicted on felony drug charges in October 2014 in Fulton County, Georgia.

The “No Heart” rapper’s lawyer responded to the arrest in a statement, “We are working diligently to get Mr. Abraham-Joseph out of detention while we work with authorities to clear up any misunderstanding.”

“Mr. Abraham-Joseph is a role model to the young people in the country — especially in Atlanta, Georgia and is actively working in the community leading programs to help underprivileged youths in financial literacy.”