Rap superstar Nicki Minaj has gone rogue against the American left, calling out Democrats and corporate media elites for trying to limit what black people can think and say.

In a recent series of Instagram videos and tweets, Nicki Minaj expressed her frustration with the left’s attempts to exert its power over black Americans.

“I can’t speak to, agree with, even look at someone from a particular political party,” the Trinidadian-born rapper tweeted in defense of her decision to post a clip from Fox News’ Tucker Carlson Tonight. “If you’re black & a Democrat tells u to shove marbles up ur ass, you simply have to.”

Right. I can’t speak to, agree with, even look at someone from a particular political party. Ppl aren’t human any more. If you’re black & a Democrat tells u to shove marbles up ur ass, you simply have to. If another party tells u to look out for that bus, stand there & get hit https://t.co/OhjQZCbmBa

In a lengthy Instagram video posted Thursday, Minaj hit back at the mainstream media for attacking her about her stance on the coronavirus vaccine. She also defended herself from accusations of lying after she said the White House invited her to a discussion about the vaccine. 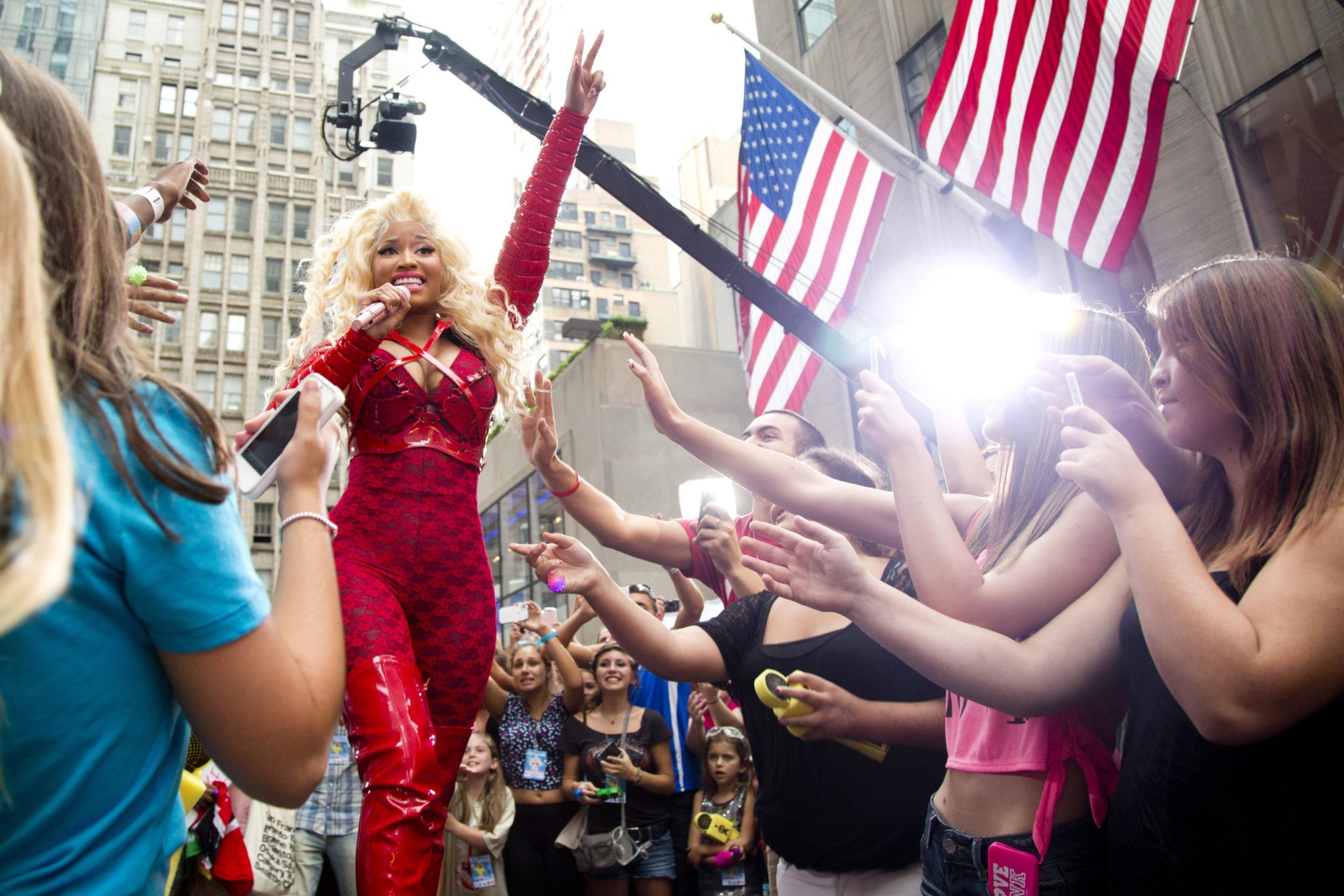 Minaj also appeared to slam MSNBC’s Joy Reid when she said the first person to attack her was a “black woman.”  Reid has used her primetime cable show to accuse Minaj of putting people “in the position of dying.”

The rapper concluded by asserting her political independence: “Don’t tell me I can’t agree with a Republican.”

In another video, Minaj said other celebrities share her concerns about the vaccine but are too afraid to publicly voice their opinion.

“We’re no longer even allowed to voice our opinions or ask questions?!” she said.“So many of your favorite artists feel this way but they’re afraid to speak up!”

Minaj has claimed the mainstream media is attacking her in order to discredit her and thereby dissuade other celebrities from expressing their concerns about the vaccine.

@NICKIMINAJ on Instagram live:
“We’re no longer even allowed to voice our opinions or ask questions?!”

One celebrity who publicly supports Minaj is actress Rose McGowan. On Friday, McGowan tweeted her support, saying, “I stand with Nicki Minaj & all who see what is happening. Both of us know the powerful elite & it’s likely you do not.”

She added: “If you are freaking out because she said something you don’t believe, it’s most likely because you are scared to examine the thought too closely.”

As Breitbart News reported, Minaj recently blasted cancel culture in America, comparing it to the suppression of free speech in Communist China.

“You should be able to ask questions about anything you’re putting inside your body,” she said, noting that women often interrogate much more innocuous things, like wig glue.

“But you can’t innocently ask question about something going in your body?” she continued. “I remember going to China and they were telling us you cannot speak out against the people in power there, et cetera, and I remember all of us thinking, oh, ok, we understand and we respect the laws here and that it’s so different from where we live.”