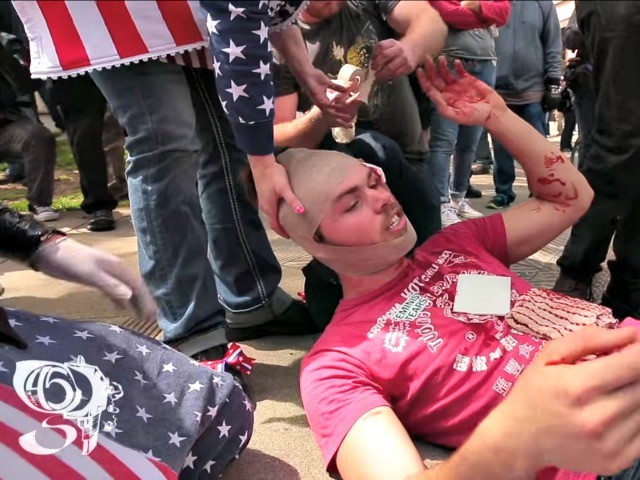 Whether perpetrated by students or school faculty, instances of violence or threats against conservative students — and sometimes even conservative professors — are becoming commonplace on America’s college campuses. This trend is also expanding to the high school level.

Here is a list of violent instances or threats made against conservatives on campus — or made by leftists in academia — that have been reported since 2016.

This list will be updated as needed. Back-filling it will be an ongoing project. Please contact Breitbart News with any updates or incidents you think deserve to be added to this list.

May 30, 2019: University of Chicago student says he received death threats over pro-life bill

May 14, 2019: UNC-Chapel Hill student arrested after stealing a sign from pro-life activist

May 6, 2019: Students at Texas State University arrested over an incident involving the assault of one student wearing a MAGA hat

March 21, 2019: Georgia Southern University calls police on students for exercising their free speech outside the bounds of the “free speech zone”

October 8, 2018: Leftist tears down conservative posters at University of Washington

April 10, 2018: University of Illinois instructor assaults Trump supporters, students sue university for restricting their right to report on it

April 20, 2017: University of Alaska displays professor’s painting of a decapitated Trump in its gallery

December 25, 2016: Drexel University professor says “all I want for Christmas is white genocide”

December 23, 2016: Bryn Mawr student and Trump supporter harassed until she drops out