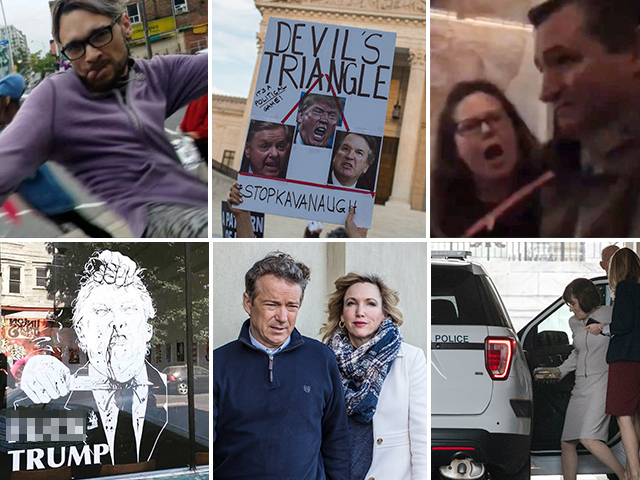 When not calling Trump supporters “Nazis” as a means to dehumanize us, the establishment media like to whine about the lack of civility in American politics, even as they cover up, ignore, downplay, or straight-up approve of the wave of violence and public harassment we are seeing against supporters of President Trump.

It is open season on Trump supporters, and the media is only fomenting, encouraging, excusing, and hoping for more… The media are now openly calling Trump supporters “Nazis” and are blaming Trump for a mass murder he had nothing to do with. This, of course, is a form of harassment because it incites and justifies mob violence.

Here is the list, so far, and remember that if any one of these things happened to a Democrat, the media would use the story to blot out the sun for weeks. Remember how crazy the media went over a nobody rodeo clown who wore an Obama mask, a GOP staffer who criticized Obama’s daughters? And yet, hundreds of Trump supporters are harassed and brutalized and the media only dutifully report them, if at all. That is because the media are desperate to normalize and justify violence and harassment against Trump and his supporters.

And while the media openly encourage this violence against us, the media also campaign to disarm us, to take away our Second Amendment right to defend ourselves.

This list will be updated as needed. Back-filling it will be an ongoing project…

Here is a video channel dedicated to documenting the dozens and dozens of assaults against Trump supporters.

Please email jnolte@breitbart.com  with any updates or anything you think deserves to be added to this list. Also, if you see errors — duplicate postings or events misinterpreted as attacks on Trump supporters, please let us know. Unlike the establishment media’s reporting, we want this list to be comprehensive and factual.