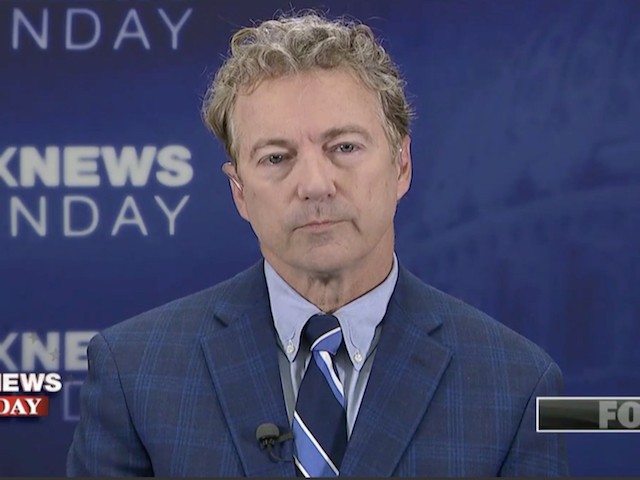 On this weekend’s broadcast of “Fox News Sunday,” Sen. Rand Paul (R-KY) said Saudi Arabia’s explanation of how journalist Jamal Khashoggi died was “insulting,” so “we really need to discontinue our arms sales to Saudi Arabia.”

When asked if he believes Saudi Arabia’s explanation, Paul said, “Absolutely not, I think it’s insulting.”

He continued, “I think it stretches credulity to believe that the Crown Prince wasn’t involved in this. And I think that’s the way they’re gonna write this off. People in Saudi Arabia ought to be aware that when you’re told what to do, you go and do it, and then they’ll execute you and put on the blame on someone else. There’s no way 15 people were sent from Saudi Arabia to Turkey to kill a dissident without the approval of the Crown Prince. That’s why I say we have to be stronger than just saying, ‘Oh, we’re gonna sanction a few of these people and pretend like we’re doing something.”