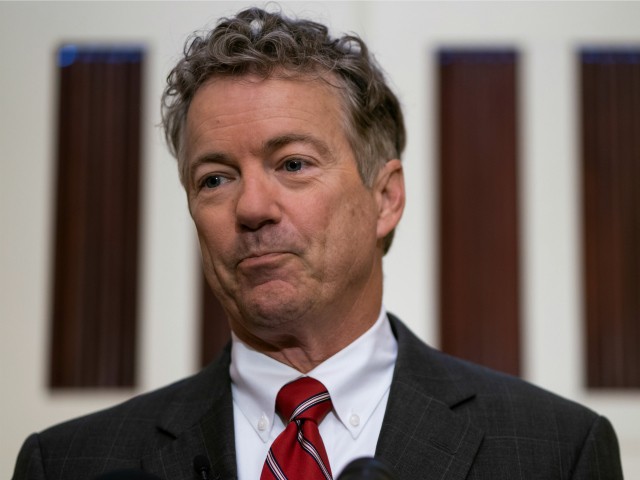 During Sunday’s “The Cats Roundtable” on New York AM 970 radio, Sen. Rand Paul (R-KY) discussed the criminal justice reform bill, which he co-sponsors, predicting the bill would get 80 votes of support.

Paul told host John Catsimatidis that it is “one of the few issues that right and left are coming together on.”

“[C]onservative Christians are supportive of it because they believe in second chances. They believe that you can change your life for the better and that giving people …  that mostly hurt themselves with drugs, giving those people a second chance is a reasonable thing. And you have progressives on the left who believe in the same thing. This has really brought a lot of people together. We’ll probably vote on this as early as this week, with the final vote next week. And it may well get 80 members of the Senate voting for it. That’s amazing to get 80 out of 100 to support one bill,” explained Paul.

“There are a few holdouts on the Republican side,” he added. “This is really a big achievement for President Trump that he’s gotten everybody together on this.”