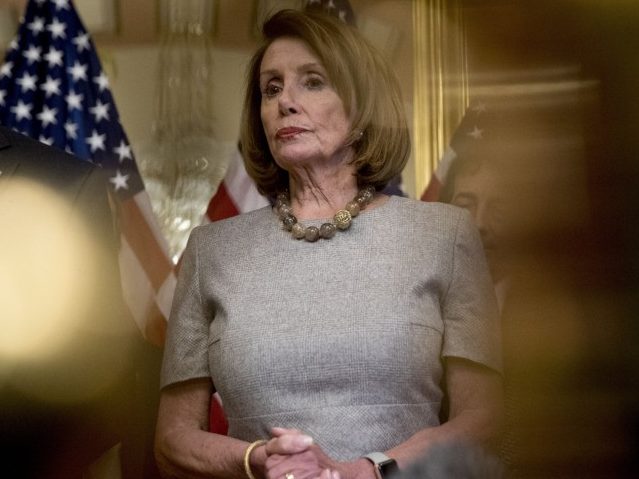 Arizona ranchers living along the U.S.-Mexico border are again inviting House Majority Leader Nancy Pelosi — including airfare and accommodation — to visit their locales to see firsthand what they describe as an “insecure” southern border.

Chris Burgard introduces the video invitation, saying, “Right now, Americans have a greater chance of dying from an opioid overdose than they do in a car accident. Yet Nancy Pelosi openly rejects border facts that are presented to her by DHS Secretary Kirstjen Nielsen.”

Burgard adds, “My buddy John, his ranch is down on the border in Arizona. He says he’s had over two million illegal aliens and too many tons of narcotics come across his ranch.  So a few years ago, he invited Nancy Pelosi to come down for a visit. He said he’d even send a plane for her.”

The video message then transitions to Rancher John and two other ranchers, who offer their open invitation to Pelosi, saying:

JOHN: I would tell you that I think that there’s been two million people who’ve come across this ranch in the last 24 years. I want to invite Nancy Pelsoi down. She went to Texas to see the kids, so come here, see where the down and the bad guys are coming through the border.

RANCHER 1: Arizona’s [border] is insecure.  Half of the drugs, half of the people are smuggled through the Tucson sector. Come see why your two-million-dollar-a-mile fence is trash.

JOHN: And we will send a plane for you. We’ll make arrangements. You can stay at our house. It’s an invite. It’s sincere. Come look at it.

RANCHER 2: We’ve been doing this for over nine years. Anybody that tells you the southern border is secure is full of crap.

John then resumes his overture to Pelosi, saying:

Here’s a shocker. Nancy Pelosi never got on the plane. Was it because she wanted plausible deniability as to the human and narcotics trafficking that’s going on every day down on the southern border? Was it because she was concerned about allegation that President Obama built his fence to fail? Or was she just afraid to fly commercial? I don’t know. But I do know this: John says the invitation is still open. He says he’ll still send a plane for her. Maybe if he offers to send a military plane, this time Nancy will say yes. I’m Chris Burgard. This is Breitbart.

In March of 2018, Breitbart News interviewed Jim Chilton, an Arizona rancher living 20 miles from the U.S.-Mexico border. Chilton told Breitbart News that the border patrol is stationed 80 miles inland from the border.

“So the Border Patrol only comes halfway out and tries to patrol this area where we are at the north end of the ranch,” Chilton said. “But 20 miles to the south of the ranch, it’s a four-strand barbed wire fence.”