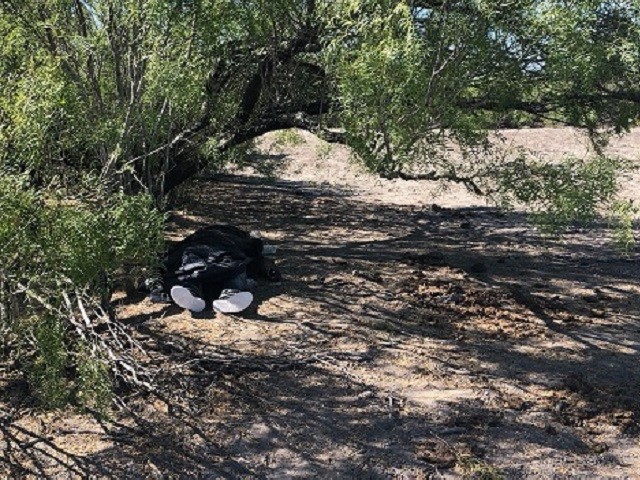 Agents assigned to the Hebbronville Station received a call from a rancher whose property is located west of the town of Hebbronville, Texas, on Texas Highway 359. The agents responded to the scene along with a Webb County Medical Examiner’s Office death investigator, according to information obtained from Laredo Sector Border Patrol officials.

The Border Patrol agents and the death investigator examined the remains and searched the area for clues as to the migrant’s identity. They found no documents or any other evidence about the nationality or identity of the deceased migrant.

Human smugglers, often connected to Mexican cartels, use ranches to march migrants around the immigration checkpoint. When one of the migrants becomes injured, dehydrated, overheated, or otherwise cannot keep up, the smuggler leaves them behind where they frequently die.

Laredo Sector agents found the remains of another deceased migrant earlier this week on a ranch near Rio Bravo, Texas, Breitbart News reported on Sunday.

In nearby Brooks County, agents and sheriff’s office deputies recently recovered the bodies of two more migrants during a five day period. Officials suspect one of the migrants to be a Honduran national because of currency found in his pants. The second body belonged to a 34-year-old woman from Mexico. Her sister identified her body after Border Patrol agents apprehended her elsewhere on the ranch located on the west side of Brooks County.

The sister told Border Patrol agents she saw their “guide” give her sister two pills after she became too weak to keep up with the group. The woman passed out a short time later and the human smuggler forced the group to leave her behind to die.

The death toll for migrants who illegally crossed the border from Mexico into Texas now stands at 211, according to the International Organization for Migrants’ Missing Migrant Project. At least 348 migrants died during or shortly after illegal border crossings all along the U.S.-Mexico Border.