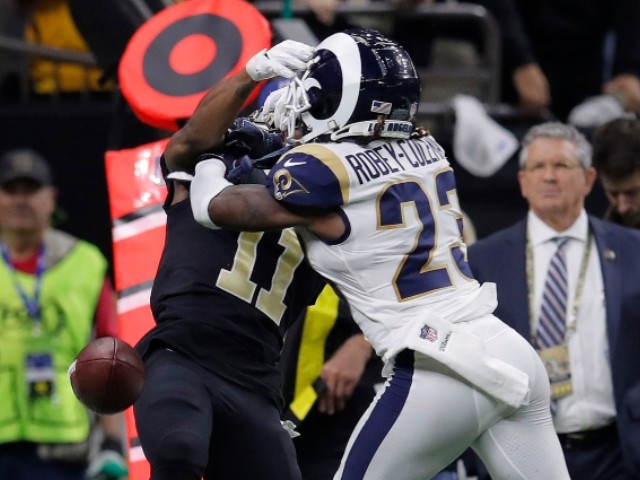 It’s no secret that the officials who blew the pass interference call in the January 20th NFC Championship Game, received threats of violence from Saints fans. So much so, that the police had to recommend the referees switch hotels.

However, it appears the angry threats were not only directed at the officials, but the man at the center of the controversy as well.

Rams CB Nickell Robey-Coleman, the player who illegally tackled Saints receiver Tommylee Lewis, recently told Bleacher Report that he received threats of violence and even death, after the game:

Notifications tripped over themselves by the dozens. Facebook. Instagram. Twitter. All of his accounts were blowing up with messages on a continuous loop and, no, they were not all congratulatory. There was a Saints fan promising to burn his house down. Another vowing to ‘f–k you up’ at the airport. Another telling him he better leave the city ASAP or he ‘might not see tomorrow.’ There were countless death threats from what he presumed to be fake names.

When asked why he didn’t report these threats to the police, Robey-Coleman channeled San Francisco CB Richard Sherman.

“Wolves don’t concern themselves with the opinions of sheep.”

Sheep aside, opinionated Saints fans have every right to be angered about the outcome of that game, and the blown call in particular. They don’t have a right to make death threats. But, their anger is certainly justified on multiple levels.

Though, why direct that anger at Robey-Coleman? He was just trying to save his team’s season. The officials were the ones who had the responsibility to act and enforce the rules of the game. They failed, that’s where the blame should fall.