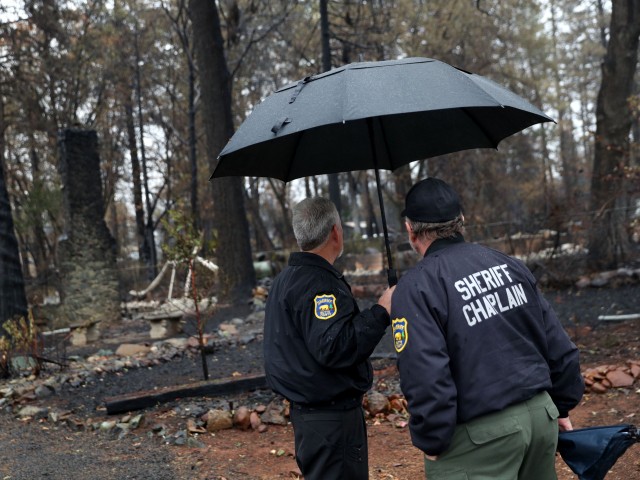 Officials warn that California’s devastating fire brings yet another potential danger in its aftermath.

With 81 Californians already declared dead and 870 more unaccounted for, the “Camp Fire” may be the worst blaze ever to ravage the state. Now 80% contained, the inferno consumed 153,336 acres of land and destroyed 18,421 structures — the vast majority of which were homes.

Now, as a heavy rain descends on the area, its benefit in dousing the remaining fires may well be counteracted by the mudslides this deluge could trigger. Furthermore, the mudslides themselves could significantly hamper recovery efforts.

“The material that we’re dealing with it’s heavily, you know, ash and soot, and when the water touches that, it kinda turns to sediment, almost like soil again,” federal search-and-rescue team member Brian Ferreira said. “It is kinda urgent, yeah, that we get through this as quick as we can.”

Butte County Sheriff Kory Honea is concerned about the effect these connected disasters could have on a community that has already been so deeply wounded by the fires themselves. “It is the potential of dealing with one disaster and having, you know, something else pile on top of us,” he said.

Meanwhile, many evacuees remain in shelters, and are expected to throughout the holiday season. Anyone who wishes to help the affected families can find resources to do so here.