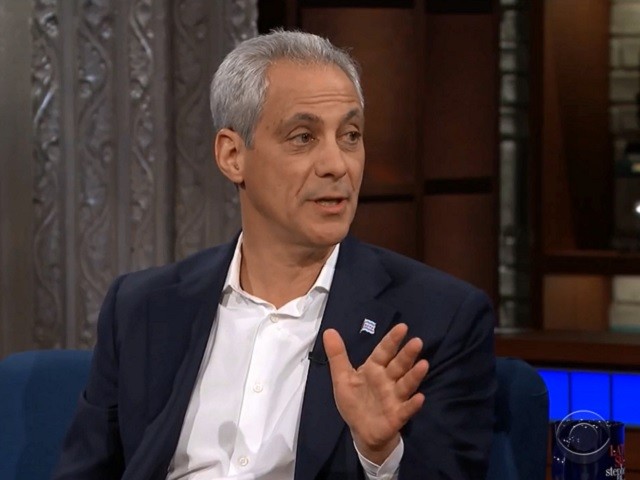 “Simply put, leaders in the past made commitments without the resources to back them up. And now, inevitably, the bill has come due,” Emanuel said during a press conference at City Hall.

“For the last seven-and-a-half years, we have worked together to stabilize, strengthen and secure Chicago’s pension funds, from our city’s pension funds, to our schools, to all of our sister agencies,” Emanuel said on Wednesday. “Together, we have been addressing this challenge honestly and forthrightly.”

Calling the situation a “flashing yellow light of uncertainty,” the lame-duck mayor patted himself on the back for addressing the pension crisis, even though no movement has really occurred to fix the fund that has a $28 billion shortfall.

His self-congratulatory claims of past efforts aside, Emanuel said that the best fix would be banking on vice.

Emanuel suggested that legal pot sales with its ensuing taxes and a casino would go a long way to offering a permanent fix to the crisis. He also called for modification of the Illinois state Constitution to eliminate the mandated compounded cost of living adjustment (COLA) for retired city workers, a policy that Emanuel said is an unsustainable benefit.

Incoming Democrat Gov. J.B. Pritzker has signaled support for both legal marijuana and an expansion of gambling.