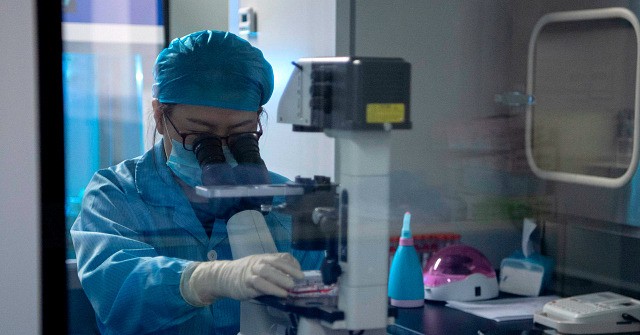 Radical activists persuaded top science journals to stop work on June 10 and to validate their claims of “white supremacy” throughout the American science sector.

The willingness of top scientists to submit to the radicals’ half-disguised political goals is a dangerous failure, said Bret Weinstein, a biologist and a champion for free speech. In a June 10 broadcast on YouTube, he argued thas the radicals will use the one-day June 10 concession to demand more damaging concessions from science, he said, adding:

Scientists should reject the political pressure, he said:

The question is, do you have the intelligence to see where we are? And do you have the fortitude to stand up to this nonsense and say, “No, I won’t be a party to it.” And if you do, then, welcome.

Weinstein’s response came after a small group of black academics and scientists used the emotional wave caused by the police death of George Floyd to demand that science be reorganized to help black Americans in science. The group pushed the hashtag #ShutDownSTEM.

One of the manifestos demanded that the goal of “justice” be prioritized above scientists’ discovery of objective reality:

We must confront the institutional barriers to justice for Black people in academia and beyond, challenge the notion of the meritocracy whereby “objective and neutral” criteria infused with systemic racism are used to exclude Black people from physics and other academic disciplines, and rebuild our institutions and collaborations in a way that is just and equitable …

Every single institution around the world can and should get involved in this work.

Another manifesto portrayed all scientists who put science first are racists: “Unless you engage directly with eliminating racism, you are perpetuating it.”

Several of the activists declined to respond to emails from Breitbart News.

In response to the manifestos, two of the leading science publications, Science Magazine and Nature, agreed to halt their advocacy for science on June 10 and instead use their Twitter accounts to post demands and claims by some of the radicals.

On June 10, Nature will be joining #ShutdownStem #shutdownacademia #strike4blacklives. We will be educating ourselves and defining actions we can take to help eradicate anti-Black racism in academia and STEM https://t.co/2TLIAMaEIB. Please join us. pic.twitter.com/TY2tHFi574

We will be retweeting posts from #ShutDownSTEM today and not posting original tweets of our own. We hope you’ll join us in listening, reflecting and planning. https://t.co/zpt0AXZocQ

Racism is endemic in U.S. science, said one tweet from the Nature account: “Racism and prejudice are woven into the structures in which we all live and work — and into us,” writes @AngelaDSaini.

“Socio-economic and health disparities [are] caused by historical segregation and endemic racism in the U.S.,” said another Nature tweet.

“If academic societies want to support Black scientists, they would ensure minorities are editors, reviewers, and authors of peer reviewed papers,” said a tweet by Science Magazine.

“Seeing the same 5-10 universities represented in research is part of the issue of equity issues we see. There is brilliance everywhere, we just need to accept it,” said another Science Magazine tweet.

A Nature editorial on June 9 declared that racial bias is responsible for the relatively low number of black Americans in science:

Black people, including researchers, are taking to social media to spell out what that action should look like, calling attention to decades of literature on the steps necessary to make academia and science equitable. This outpouring is, in part, because Black researchers have long been denied a space and a platform in established institutions and publications such as this one.

We recognize that Nature is one of the white institutions that is responsible for bias in research and scholarship. The enterprise of science has been — and remains — complicit in systemic racism, and it must strive harder to correct those injustices and amplify marginalized voices.

Together with the rest of the research community, we must listen, reflect, learn and act — and we must never shirk our responsibility to end systemic racism.

The editorial did not explain why the relatively low number of black Americans in science might be caused by other factors than racial hostility. These other factors include education levels, cultural priorities, or the growing inflow of cheap Indian and Chinese workers into American science laboratories.

“Have these scientists ever considered the effects of hiring H-1B, L-1, and OPT graduates on Black and Hispanic STEM workers?” said one advocate for immigration reform. “It is bad enough for Americans of all backgrounds when you have to compete against [imported] workers who are temporary and significantly cheaper to hire,” he added.

On June 3, Breitbart News spotlighted the rising share of American science jobs now held by imported Indian and Chinese workers. Congress allows employers to import the workers via the H-1B, J-1, and OPT pipelines, regardless of the impact on Americans of all colors. More than half of young “postdoc” scientists are imported from overseas.

A lobbying group for biologists says it is just “exhausted” with “institutionalized racism” that excludes blacks from science.
The exhaustion comes one day after the group demanded that employers be allowed to hire more lab workers from China. #H1Bhttps://t.co/1if8pDL8ji

Congress also allows companies to run pipelines of contract workers from India and China into many Fortune 500 companies. These pipelines also bypass discrimination laws, also allowing many CEOs to hire workforces of at least 1.3 million non-diverse visa workers in the United States, regardless of the impact on diverse communities and on increasingly alienated American graduates and professionals.

The radicals’ demand for a one-day halt to science is just a Trojan Horse which hides far more radical demands, he said:

It works the same way as “Defund the Police” … [so] “Shut Down STEM” could mean what people presumably at Science [Magazine] think they’re doing when they use their platform to broadcast that “We are shutting down for a day, symbolically, to acknowledge that there’s been some bias.”

But now imagine that you [are a radical are] were sitting somewhere and you thought ‘How can we demonstrate our power? Let’s get the very top echelon of science to broadcast ‘ShutDownScience’”

And then you realize that those same people who seek this kind of [one-day] power are also actually broadcasting the message that science itself is the problem. You heard their language that “White supremacy is baked in baked into science,” Think about how preposterous a claim this is.

With the scientific method, you observe a pattern [and] you hypothesize a possible explanation. You come up with some predictions that would be true if the hypothesis was correct, and then you run a test. But [Black Lives Matter] are pretending that the scientific method is something like: You observe a pattern, you come up with some explanation that blames black people, and then you broadcast it without checking.

The reason that they hate science is because science is a good mechanism for figuring out what’s true and what they are peddling is not true. So the last thing they want is people empowered to check their claims [with science] because their claims don’t stand up.

The New York Post echoed activists’ claims but did not offer any counter-evidence. The site noted disparities but did not mention the inflow of workers from India and China, which could be stopped by Congress:

Black people accounted for 9% of workers in core information-technology occupations in the U.S. last year, compared with 8% in 2015 and 7% in 2010, according to U.S. Bureau of Labor Statistics. Blacks represent 13.4% of the U.S. population, according to the most recent government estimates.

CNBC.com also refused to mention the imported workers in its report:

Black and Hispanic workers are significantly underrepresented in the STEM workforce. In the U.S., only 9% of STEM workers are black and 7% are Hispanic, according to the Pew Research Center.

One research report shows that the already-low percentage of black students who receive bachelor degrees in physics — just 3.5% — has barely changed since 2006, despite the number of those degrees doubling in the past two decades.