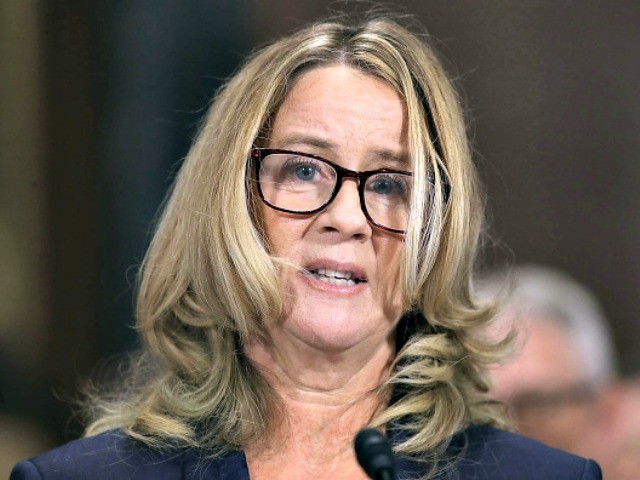 Investigative counsel Rachel Mitchell, cross-examining Christine Blasey Ford at the Senate Judiciary Committee on Thursday, demolished her claim that she could not testify on Monday because she was afraid of flying.

Ford and her attorneys refused a Monday hearing, arguing that she was afraid to fly. One of her friends even claimed that her fear of flying was a result of the alleged assault by Judge Brett Kavanaugh over 35 years ago.

The GOP has been told that Ford does not want to fly from her California home to Washington, according to the Republican senator, which means she may need to drive across the country. Ford has reportedly told friends she is uncomfortable in confined spaces, indicating a physical difficulty in making the trip by plane.

Committee chair Sen. Chuck Grassley (R-IA) then offered to travel to California to interview Ford, relieving her of the need to fly. She declined. There was talk of having Ford drive across the country to make the hearing.

Yet under questioning by Mitchell, Ford admitted that she had, in fact, flown across the country to make the hearing. She had also flown to the east coast for a vacation with family in August. She also admitted flying frequently for her work and for her hobbies, including surfing vacations in Hawaii, Costa Rica, and French Polynesia. Ford, laughing nervously, said that it was easier to fly for vacations.

Critics had speculated that the sole reason Democrats, and Ford, were refusing a Monday hearing — or even a compromise Wednesday hearing — was because a Thursday hearing would make it almost impossible for the Senate to hold a confirmation vote on Judge Kavanaugh before the Supreme Court begins its new session on October 1.