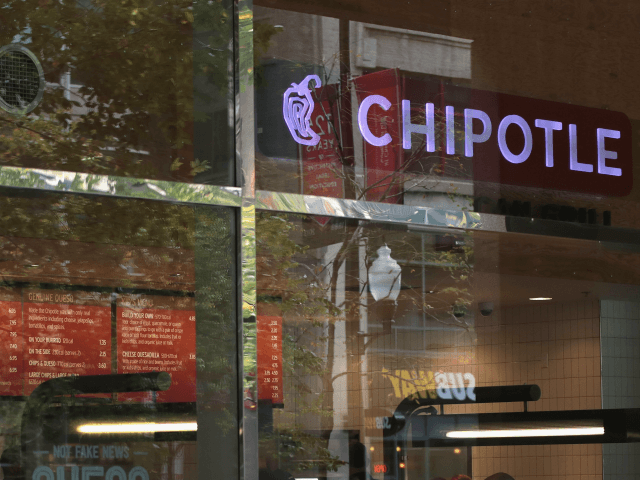 Chipotle manager Dominique Moran has been offered her job back after it was revealed she was the victim of a race hoax.

Late last week, Moran was abruptly fired from her management job at a St. Paul, MN, Chipotle after a man named Masud Ali tweeted out video that showed her refusing to serve Ali and his four friends, all of whom are black.

Can a group of young well established African American get a bite to eat after a long workout session. @ChipotleTweets ?? pic.twitter.com/Sj8RaeINj6

In a surprisingly good-natured way, she tells the group, “You gotta pay because you never have money when you come in here.” A little later in the video, another Chipotle employee seconds that. “We’re not gonna make food unless you guys actually have money,” he says.

For the next five minutes or so the group complains about being stereotyped and taunts the staff.

In his tweet, Ali accused Moran of racism. “Can a group of young well established African American get a bite to eat after a long workout session?”

He followed this up with an even harsher tweet.

“I don’t like how she’s laughing like something is funny,” he tweeted. “So when a WHITE woman walks in you change your policy of ‘show us income before you get served’ ????? So @Chipotle gonna sit here and tell me I can’t eat because they think I look like someone that stole from them before??”

“What happened here is not how our employees should treat our customers,” the company tweeted Ali. “We are committed to treating all of our guests fairly and with respect. The manager has been terminated and the restaurant has been retrained so this doesn’t happen again. We’ll be back in touch.”

After Chipotle fired her, Ali still wasn’t satisfied.”You terminated her but not her sidekick? Hmmmm interesting. Just because you “retrain” someone doesn’t make them less racist I hope y’all know that,” he tweeted.

But within 24 hours of the chain restaurant’s reactionary decision, it was discovered that Moran had good reason not to serve Ali and his friends. Just days before, according to Fox News, a member of this same group pulled what’s known as a “dine and dash,” where the customer takes off without paying for the food.

What’s more, thanks to everyday people on Twitter who did some looking, and before he could delete then, a number of Ali’s tweets bragged about his “dine and dash” habits, including at Chipotle.

“Based on our review, we have offered our manager her job back,” Chipotle said in a statement. “While our normal protocol was not followed serving these customers, we publicly apologize to our manager for being put in this position. We will work to continue to ensure that we support a respectful workplace for our employees and our customers alike.”

According to the Minneapolis Star Tribune, Moran has not yet decided if she wants her job back and said that she was only standing up for her employees.

“I was obviously trying to do the right thing,” Moran told the newspaper Monday. “I told Chipotle to tell the boys I say sorry. … I didn’t think I would lose my job, I thought I did something good by standing up for my people.”

“It was really frightening to be honest,” Moran added.“From our point of view we had five cameras on us.” After being taunted and seeing their customers taunted, Moran said “I think the anger came out of me. I was scared and panicking. I didn’t know what to do so I called the police.”

“I should have been more clear that they were denied service,” Moran admitted. “I never meant, ‘show me your money,’ but more like ‘please pay for your food.’ ”