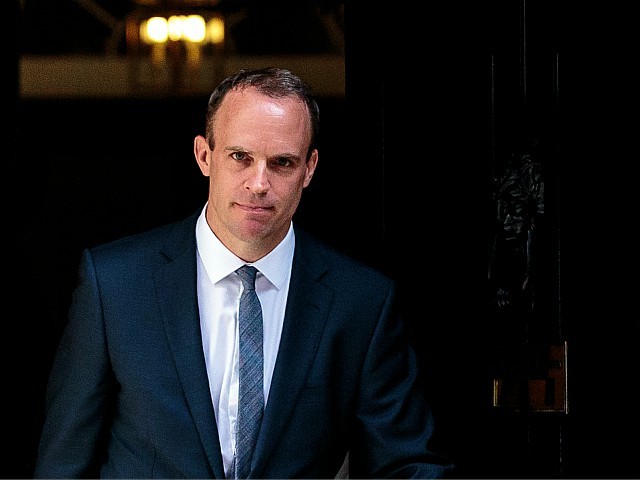 Dominic Raab has said that the prime minister has allowed the United Kingdom to be “bullied and blackmailed” by Brussels in exit negotiations.

He also said in an interview with The Times on Sunday that he resigned as Brexit secretary last week because he could not, in good conscience, sign a “fatally flawed” deal with the European Union.

Mr Raab told the broadsheet that he believed Prime Minister Theresa May lacked the “political will” to show the bloc that the UK would withdraw from negotiations if they proved unfavourable to the UK.

“If we cannot close this deal on reasonable terms we need to be very honest with the country that we will not be bribed and blackmailed or bullied and we will walk away.

“I think there is one thing that is missing and that is political will and resolve. I am not sure that message has ever landed,” he said.

Mr Raab has said that instead, the UK should demand a deal where Britain can leave the Irish backstop — which keeps the UK tied into the Customs Union — unilaterally. If the EU does not acquiesce, then the country will make a “clean break” from Brussels.

“This isn’t Dunkirk. The short-term risks of disruption can be managed. They can’t be eliminated. We need to be honest about that. But far better that than to allow a pretty controlling and manipulative relationship with the EU to become abusive.

“I don’t think we should look like we’re afraid of our own shadow. We need to be going out there and grasping opportunities,” he added.

Raab said that the final straw, prompting him to resign, was when he learned last week that the backstop arrangement would be a basis for a future trading agreement, rather than a free trade Canada-style deal that the then-Brexit secretary preferred.

“The frustrating thing is we got close to a deal which would have been acceptable,” the MP for Esher and Walton said.

“It’s clear that we cannot now exit the backstop without the EU exercising a veto and that could be years and years down the line. It’s the worst of all worlds.”

Talking to Andrew Marr on the BBC Sunday morning, Mr Raab said that the EU was taking a “predatory approach” to Northern Ireland which he believed threatened to Union.

“No democratic country in history has signed up to something like that,” he said, warning that it would result in the UK taking orders from the EU without representation.

On Wednesday, Raab cancelled his trip to Brussels, resigning from post the following day.

Changes made to the draft agreement had “rendered the deal fatally flawed,” he told the BBC, “and in good conscience, when you think about the long-term, economically, democratically, when I look my kids in the eye, and ask, ‘what will this country be like in ten years?’ I did not feel that I could sign up to this.”

“I was asked to sign on the dotted line, and I couldn’t agree to do that.”

Marr asked whether he believed the deal was worth £40 billion.

“No,” the Brexiteer said flatly.

Mrs May is facing a potential leadership challenge this week, after Brexiteer and previous supporter of the prime minister Jack Rees-Mogg urged his Tory MPs colleagues to hand in their letters of no confidence to the backbench 1922 Committee, with Steve Baker saying Friday that the minimum 48 letters have been received.

While Mr Raab said that he would continue to back May in her position as party leader and prime minister, and said he would not send a letter to the 1992, a colleague has told The Times: “He might be prime minister by the end of next week,” with the newspaper of record including the former Brexit secretary’s name as a likely contender to replace her.

Baker Urges Brexiteers to Get Letters in: ‘You Must Act Now’ https://t.co/ynxdJtTbdJ