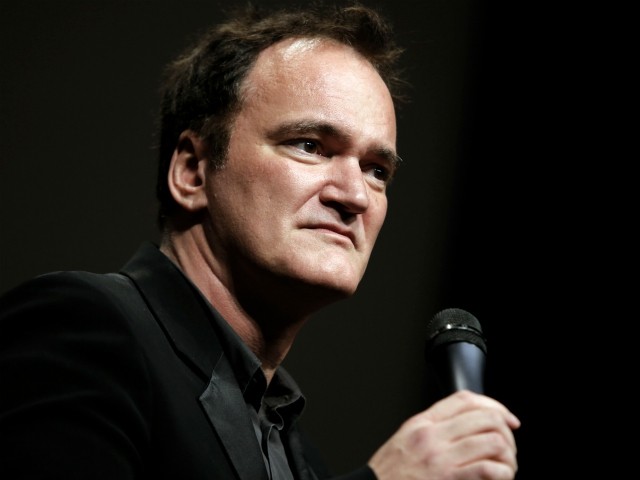 Director Quentin Tarantino unloaded on a female reporter after she asked why Margot Robbie, the female star in his new film, Once Upon a Time in Hollywood, does not have a larger role.

“I reject your hypothesis,” Quentin Tarantino snapped at the reporter from the New York Times during a panel held Wednesday at the Cannes Film Festival, according to Variety.

Tarantino was visibly annoyed by the query, but Robbie, who was also on the panel, jumped in to try and answer the reporter’s question.

“I think the moments I was on screen gave a moment to honor Sharon,” Robbie said. “I think the tragedy was the loss of innocence. To show the wonderful sides of her could be done without speaking. I did feel like I got a lot of time to explore the character without dialogue, which is an interesting thing. Rarely do I get an opportunity to spend so much time on my own as a character.”

Earlier in the presser, star Leonardo DiCaprio said that the movie, which has received mostly positive reviews, is a love letter to the Hollywood he grew up in and reveres.

“I think this movie is a love story to this industry,” DiCaprio told the press. “We studied people from Ralph Meeker to Eddie Byrne, all these actors whose work [Tarantino] really appreciates from an artistic perspective, who contributed in his mind to cinematic and television achievements. That was most touching about the story. It’s a love letter to this industry we’re so fortunate to work in.”

For his part, Brad Pitt said his co-star, with whom he worked with for the very first time, was a great partner.

“It’s that thing of knowing you got the best of the best on the opposite side of the table holding up the scene with you,” Pitt said. “We had similar experiences to laugh about. I hope we do it again.”